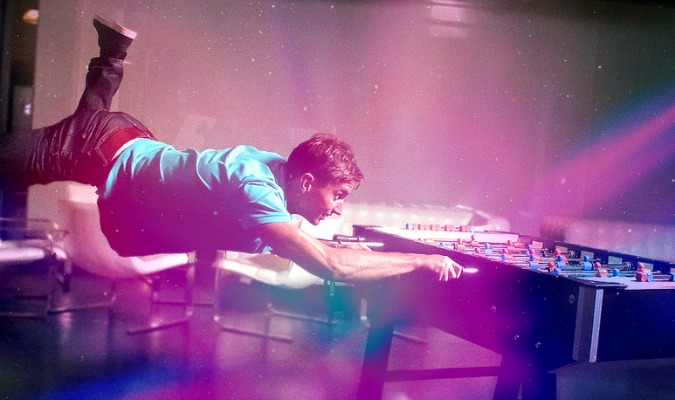 Foosball began as a game that brought the fun of European football (Soccer to us Yanks) to your rec room on a table with some rods and little Foosball players, but has become MUCH more than just a fun diversion. You can now follow professional Foosball players as they throw themselves into their snake shots to try and win FIFTY THOUSAND DOLLARS.

Yes, you read that right; at the Hall of Fame Classic Tournament in Las Vegas, players have a chance at winning huge amounts of money (not to mention killer street cred) by competing in head-to-head Foosball games. Also cool: a portion of the proceeds of the entry fee gets donated to a non-profit organization that helps encourage young players to play Foosball!

We’ve collected some of the best Foosball championship videos to give you a taste of the competition. Enjoy!

Watch these amateur titans duke it out in a doubles Foosball match!

Watch this incredible match-up in this doubles Foosball tournament!