Home Gaming How To Play Foosball 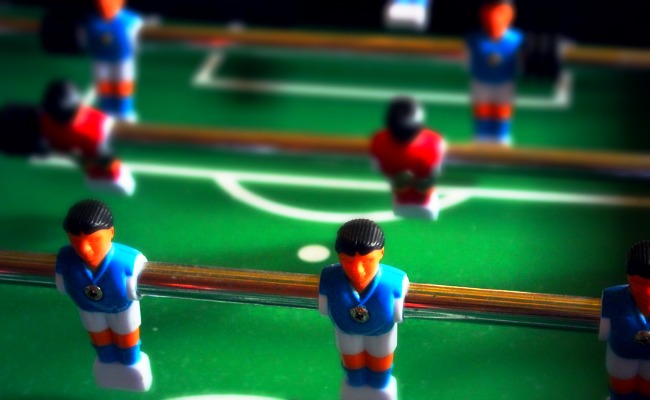 Foosball, or Table Football, is a widely-known game/sport that you may remember from your childhood as the game where you spun the rods really fast so the little players would do flips. They’re still as fun to play now as they were back in your youth so check out these unbiased best foosball table reviews to see which table you should buy! But little did you know back then that the world of foosball was so vast and complicated, spawning professional foosball players, competitions, and associations dedicated to the game!

How To Play Foosball – History Of The Game

The game of foosball was invented in 1922 by Harold Searles Thornton, an avid football fan from the UK who came up with table football as a way to achieve the excitement and fun of football in the comfort of his own home. His uncle, who lived in Oregon, brought the patented foosball idea back to the US, where it promptly tanked. Years later, the game would see a resurgence of popularity, both in the UK and US. During the 1950’s, leagues of foosball players starting popping up in Europe, followed by the US in the 60’s. The first American-made foosball table was created in 1970, to the delight of many basement dwellers and man cave enthusiasts.

How To Play Foosball – Objectives and Layout

The objective is easy enough: drive the ball toward your opponent’s goal to score! Foosball is typically played in a Singles or Doubles match, with one or two people are either side of the foosball table, controlling a total of 8 rods (4 on each side) with 13 “players” on each side. Another way to play is called “Goalie War,” where each player can only control the goalie rod.

The foosball table is set up with your own goal on the left side with a sliding, or abacus-style, score counter. Next, on the playing field are 2 sets of rods with a total of 5 players on them; this is known as your “defensive zone.” In the center of the field is a singular rod with 5 players on it, known as the “midfield row.” Your last rod is the closest to your opponent’s goal, called the “striker row,” which is your offensive rod consisting of 3 players.

How To Play Foosball – Official Rules and Tips

Foosball is generally a self-governing sport, as in the rules are pretty self-explanatory and based in common sense. There are essentially 2 golden rules:

If you can follow these rules, you can probably play foosball. To start, it’s customary to flip a coin to see who will “serve,” meaning either drop the ball in the middle or through a hole in the side of the table.

On your defensive end of the table, the main concern is keeping the ball away from your opponent’s striker row. Use the inside players as your main blocking components, and the outside players to maneuver and take control of the ball if it coasts into a corner. As a common sense no-no, don’t try to shake/move the table or bang your players in the side of the table.

If you get the ball down to your offensive line at the other end of the table, use your 5-player rod mainly for passing to your 3-player rod. However, if you have a good shot with your 5-player rod, go for it! Just keep in mind that the ball has farther to travel and you may not have the best chance with the other rods it needs to pass through. Once you get your ball to the 3-rod players, do a little fancy footwork while keeping the ball in a safe area under the rod to outwit your opponent.

One of the best “trick shots” in foosball is the the rollover, or “snake shot,” where the middle offensive man on your 3-player rod pins the ball between his little armless body and the table. This shot is taken with an open hand as your wrist pins the man on top of the ball in a forward position. The man is then moved laterally left or right and your wrist is rolled up the handle of the rod in order to strike the foosball in a swift backwards spin to confuse your opponent and score! 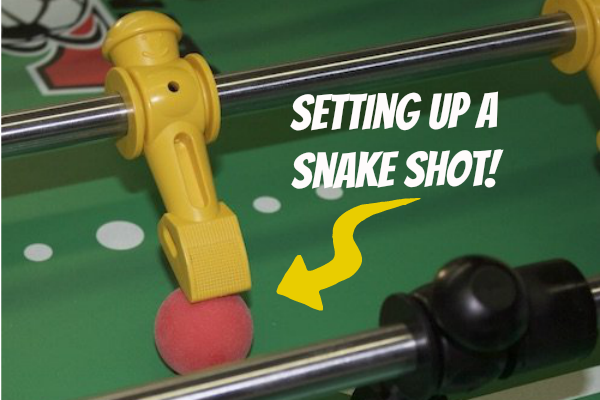 Remember: you can only keep the ball for 10 seconds before you have to either pass or attempt to score. The first player or team to score 5 points wins!

How To Play Foosball – Equipment and Gear

Foosballs are a different story, as they run the risk of being lost, chewed up by the family dog, or being abducted by aliens. Luckily, there are replacement packs to suit the novice to the experienced foosballer- table footballs range in texture, size, composition, and weight depending on the user’s preference, as well as design choices. Some foosball players prefer a smoother plastic foosball, while others like the denser, more textured balls. Generally you will see the dense, textured foosballs in competitive games and tournaments, like in the video below.

Thanks for joining us for this edition of How To Play!

How to Make a Tinder Profile