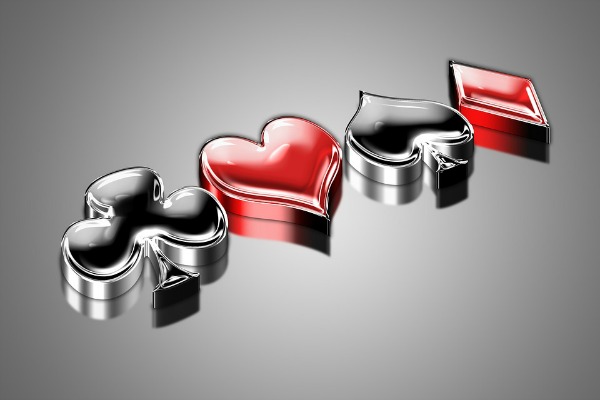 Rummy is a classic card game and a popular one for many people. Groups have sat down and become good friends over a game of Rummy. Enjoy the challenge and competition associated with the popular card game. At least two players must sit to start a game together. One must act as the dealer and the other players should pay attention. Take note of the number of players and the specific rules in place before starting. A game with just 2 players will deal up to 10 cards to both of them. With a third or fourth player, they will receive 7 cards a piece. Add a fifth or sixth player and each person will receive just 6 cards each during a game. Most Rummy house rules will limit the table at 6 players at maximum. Turns will be taken by each player during a given turn. Expect the game to continue until a player has been declared the winner. Learn the rules of the game and play the best hand to win outright. That should get new players ready to compete on the table. Some locations have made it possible to bet on Rummy.

How To Play A Hand In Rummy

Once a hand is dealt, players should focus on their opportunities. Typically, they need to score a run on the table. That happens when they can lay a set of cards featuring the same suit. For example, all hearts or spades would be the same suit. A mixed hand of clubs or diamonds without order is not a run. The dealer will pay attention and correct players for a mistake. Points may be awarded based on the quality of the run. That also opens up an opportunity to meld or lay off on the table. Melding will simply involve adding cards to an existing run. That may be done several turns in advance of the initial run. That is useful for players who need to draw to complete their hand. A lay off will help players discard useless cards and still score points using that technique. Again, that option may be done several turns down the line. Their turn will end with a compulsory discard from their hand. That has to be done at the end of each of their turns. They will add the card to the discard pile for others to see. The discarded card may be picked up by another player.

Variations And Other Rules of Rummy

Indian Rummy and Gin Rummy are popular options for players to consider. That will add new options and other rules for scoring. The basic idea remains the same, in which players compete to lay down a full set of cards. Every turn will start with a player drawing a card from the top of the deck. That is left for each player around the table. They may also choose to draw a card from the discard pile. Groups of friends may set their own rules based around the original Rummy idea. During a heated game, the original draw pile may run out of cards. Look for the discard pile and take the top card from that pile. Then shuffle the rest of the cards for a new draw pile. Place the lone card on top to be selected first by the next player. That will keep the game going and get everyone involved along the way. Remember that the game will end with the player who has played all their remaining cards. Techniques such as the lay off should make that step easier for them. Plan out each move and stay competitive to win outright.

Players will want to score highest to win out over the competition. Aces and face cards have the highest value in terms of points. The cards may be arranged in a way that wins higher point totals for everyone involved. Pip value is assigned for all other cards that are played. Lay offs and other plays may be scored differently during the game. Multiple different plays will earn people higher point values as well. Try to experiment and see which combination will earn the most relative points per contest. During a casino event, Rummy scores are officially tracked until the end. The player with the highest score and empty hand may be awarded the pot. Bets are made and the pot will grow until checked by the dealer. Winning the pot could net large scale winnings for the player in full. Some players may be faced with point deductions along the way. When the game ends, players are penalized for having any remaining cards in hand. That is still true for aces or face cards held in hand at game’s end. Mind those rules and make decisions accordingly per bet.

End Of Game in Rummy

A player may decide to “go out” during Rummy. They will discard their cards in full and make one last play. That should make them the winner, but a score must be totaled. Try to reach the target score outright to win the game. A player may also “go Rummy” during the game. It is rare, but they can play their entire hand to maximize their score. That is effectively the best play in the game itself. Additional scores may be awarded based on that performance. Players want to “go Rummy” to impress their friends and attain a new status. Casinos may take note and offer special incentives for that accomplishment. Sometimes a jackpot is obtainable by winning a “go Rummy” hand in a game. The dealer will take note and award official points accordingly. Note that aces can be assigned to a high or low card. That helps players get a straight and clear out their hand. Use the ace as a two card to finalize a “go around” play on the table. Expertise will give players the upper hand when they sit down. Stay at the table and abide by all etiquette rules to keep playing.

8 Signs of Back to School

A Woman Got On A Bus Holding A Baby…

Do’s and Don’ts of Perms