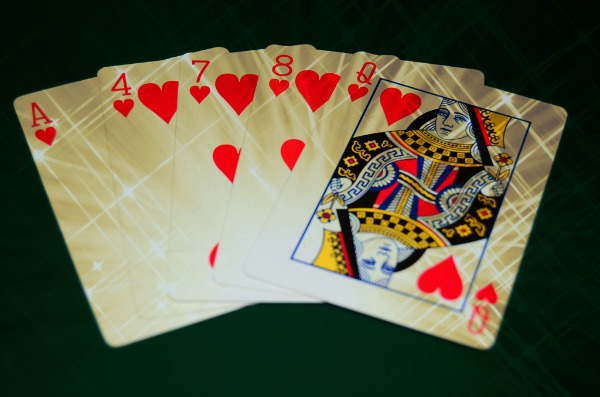 The game started being played around the end of the nineteenth century. Since then, it has evolved and spread across the globe. The description written here will focus on a popular variation of the game that is considered standard by many. The game of Hearts is all about trick-taking. For you to stay ahead, you must avoid winning tricks that contain hearts. Besides that, you need to be especially wary of winning the queen of spades.

The Basics of Hearts

The game is played with a standard deck of cards that contains 52 cards. In most cases, four players play the game. Each player gets 13 cards. The person seated to the left of the dealer is the one who starts playing. He or she can play with any card. This is how to play; a player plays a card, and all other follow suit if they can. The player that has the highest card has to take the tricks. Additionally, he has to lead to the next. The objective of this game is to win as few tricks as possible. To make the game interesting, each player has to pick three cards that he or she must pass on to players to their left in the first round, right in second, across in third, while the fourth has no passing. When each hand ends, the numbers are tallied. When one player reaches 100 or any other figure that was agreed on, the player that has the least points wins. All hearts are worth their face value. The Jack is 11, Queen 12, King 13, Ace 15, and the Queen of Spades is 25. Additionally, each round has different trumps (the card with the highest number). The trump can be determined by rotating the trump suit in each turn or deciding trump by cutting before cards are dealt. It can be quite hard when a heart is a trump. It is quite difficult to dump hearts on another player when you are unable to follow suit.

Spicing Things Up With Shoot The Moon in Hearts

A dangerous but a high reward strategy in this game is to shoot the moon. The player attempts to get all the point in a hand instead of trying to avoid them. If the player gets all 13 hearts plus the queen of spades, he or she will receive a major point boost. However, it can be quite dangerous. If the player gets all but one, he or she will incur a penalty of 25 points. However, if he or she does succeed the player can choose to add 26 points to everyone or subtract 26 points from their tally. The rule is great especially when adding 26 points would cause someone to reach the limit, thus causing the shooter to lose. However, the option to subtract 26 points does not exist universally.

Common Variations of the Rules in Hearts

The basic rules of Hearts may be altered a bit depending on whom you are playing with. Sometimes, it is good to have these variations at your fingertips to avoid confusion when playing the game. One variation of the rules is that the player who gets the Two of Clubs starts the hand instead of the player that is to the left of the dealer. The player must lead with the card on the first play of the game. Another variation of the rules is when there are more than four players. The player who was dealt the first heart takes the remaining cards (face down).  You also keep in mind that no point card can be played on the first trick of a hand.

If you lead a trick, you must attempt to play a card that cannot be beaten. Leading a trick is tricky unless you are starting with the Two of Clubs. If that is not the case, making a choice can be difficult since all other cards are possibilities. If you cannot make a choice, always settle for the lowest cards. Look for the lowest card from a suit that has not been played much. It thus means that you will need to have a good memory. That means that there is a good chance almost everyone will have a card from that suit. If you play a low card, the other player may be forced to play a card of a higher number. Thus, you will avoid taking the trick. However, there are variations to the rule. If you think that everyone likely has a card from a certain suit, you can choose to lead high. Additionally, if you are trying to shoot the moon, you must consider leading high. If you are running out of cards, you may have to lead high. Keep in mind that you cannot lead with a Heart until the Hearts are broken when someone lacks a card in the leading suit and is this forced to throw down a heart. Besides that, most variations of the game do not allow the heart to be broken on the first trick. The rule is only voided if the player only has Hearts.

Short-Suiting Can Be A Good Idea in Hearts

It is considered a good idea if you can get rid of as many cards of one or more suits from your cards. The strategy is called short suiting. Once you get rid of all the cards of a certain suit, you can play with whatever card you like when a player leads with a card of this suit. That way, you can dump high-ranking cards with ease. Thus, you can dump as many points on other players as possible. The easiest way to short suit is to pass cards. At the start of each hand, you can pass three cards of the same suit to other players. That way, your attempt to short suit yourself will be quite easy. At the end of it all, remember to have fun. It is never that serious.

5 Foolproof Excuses To Get Out Of Jury Duty

What Wild Animal Would Be Best To Have As A Loyal Pet?