Home Nonsense Funny Jokes A Woman Is Going To Meet Her Boyfriend’s Parents For The First... 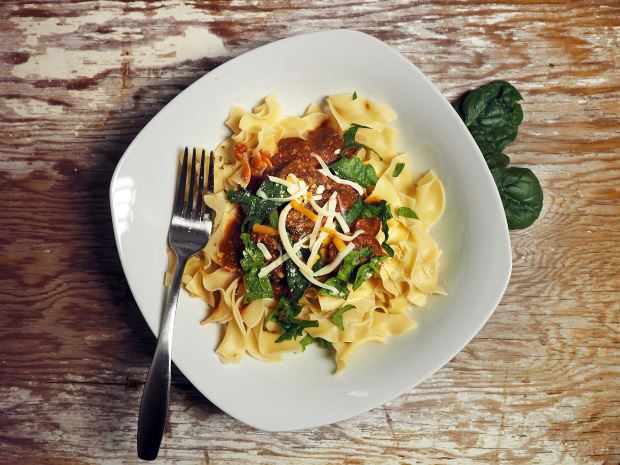 A woman is going to meet her boyfriend’s parents and have dinner with them for the first time. This is a very important night, and she wants to make a good impression — she even made some bean pies for the occasion, the parents’ favorite.

They get to the house and are having dinner. So far, everything is going just fine.

She knew she should not have had a slice of that bean pie before dinner! Before she can get up to excuse herself: poot. She can’t even look at anyone. She is so embarrassed she wants to die.

Just then, her boyfriend’s father looks down at the dog under the table, which just happened to be conveniently situated under her feet, and says, “Rosie, get out of here.” Whew! What relief she feels! The dog took the rap. She smiles to herself and goes back to enjoying her dinner.

Sometime later, it happens again. Poot. She begins to become embarrassed all over but is relieved to see the dog is still there. The man once again looks down at the dog with a wry look on his face and says, “Rosie, beat it!” This time the woman is absolutely thrilled. She thinks to herself, “If I have to do it again, I will not hesitate.”

Sure enough, it happens again. Same result. “Rosie, get out from under there!” As the dinner passes, this happens about a few more times, and each time the man gets more and more disgusted and tells the dog to move.

As the meal comes to an end, and they are all having their bean pie, she gets the biggest urge yet. This one is going to be a monster, she thinks to herself. But seeing as how the dog was still at her feet and the man had not ceased to blame the dog before, she decides to let it go.

TPPHHTTTOOOOHHHH. She smiles to herself in sweet relief.

Just then, the man throws down his fork, stands up, again looks at the dog with disgust in his eyes, and says “For heaven’s sake, Rosie, come out from under there before she poops on you!”