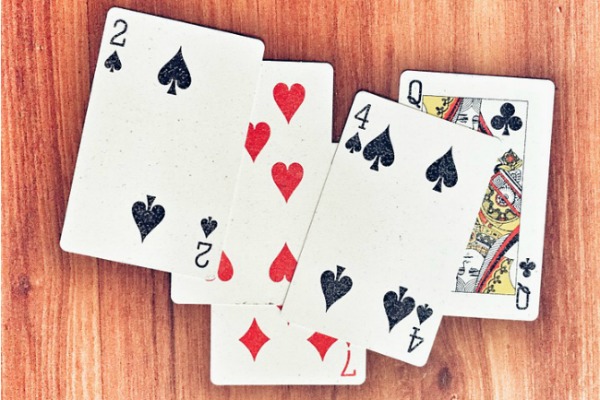 Spades involves four players who play as fixed pairs. To choose a partner, the players will either select them in person or pick from a deck of cards. Once the partners have been selected, they will sit opposite each other during the game. Spades is played using a standard 52-card pack, with the spade suits always as a trump and cards ranking from the highest (ace) to the lowest (2). A record of the scores is kept every time either of the opposing teams records a win.

Understanding The Terminology of Spades

Before playing spades, there are several terms that a player should familiarize themselves with. Some of these words and phrases include:

Prepare For The Game

For the first trick, the player seated to the left of the dealer cannot lead a spade. When the game takes a clockwise direction, all players must follow the suit led. If they are unable to follow the suit, they are allowed to play any card. Unless the led suit is a trump, a player will not have to play a trump. The highest card in the suit will win the trick provided a spade does not trump the trick. There are also instances where more than one trump will be played in one trick, resulting in the highest trump winning.

Should I always play the highest of a trick?

There is an advantage that is usually associated with being the last player in any given trick. This is because it gives you the opportunity to view all the cards that have been played. In the long run, you will be in a great position to determine how to play appropriately.

When the highest of a trick is played, what are my options?

In a game of spades, middle cards are usually regarded as dangerous. These cards cannot be relied upon to take tricks but can take bags at the tail end of the game. You should go with the middle cards first if majority of the tricks are kings or aces, before dumping the lower cards. However, betting on queens and jacks may require that you keep middle cards.

Can I play a low card in trumping?

Yes. However, it is important to remember that another player can play a higher spade. This is why it is better to use middle spades in trumping.

5 Excuses For Being Late