Home Gaming How To Play Kick The Can 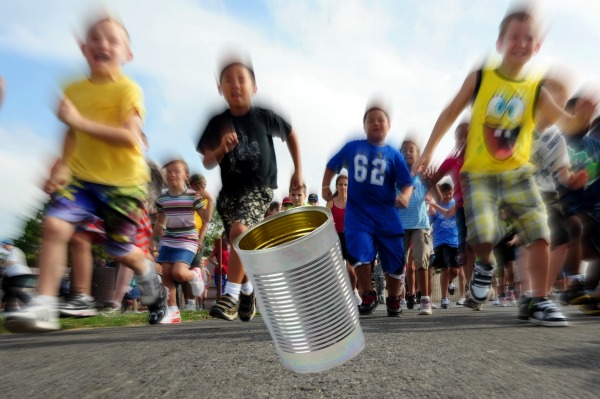 Kick the Can has been played for over a hundred years in the United States and around the world. The game is generally regarded as a different version of Hide and Seek and can be played at any time of the day, provided there is a large backyard. Kick the Can has been popular over the years because it does not require any special equipment to play. The game can be played by children above the age of eight. As much as players will need an outdoor space, there must be hiding places in the chosen yard. The hiding places could be trees of any other obstacles behind which players can hide. Players will also need a plastic container into which they will place pebbles or washers to make noise when the can is kicked. In order to make the game more fun, there should be at least 12 players.

Overview Of Kick The Can

Kick the Can is simply a variation of Hide and Seek. Before the game starts, players must select one of them to be designated as the “Jailer.” In this case, we can refer to the player as the jailer. A spot at the center of the yard is chosen and a can placed on this spot. Another area within the yard is chosen and designated as the “jail.” The jail should be as far away from the position of the can as possible.

The player designated as jailer closes their eyes and counts to a number predetermined by all the players. While he is counting, the other players run to look for hiding places within the playing area. Once the jailer is done counting, he will go in search of the other players. When he finds one of the players, the jailer runs towards the can and calls out the player’s name before kicking the can. The sighted player will then be required to go to jail.

How To Play Kick The Can

All the players should agree on the area to be designated as the jail. This is where the players will go to when they are tagged. Players should also choose a central area where the can will be placed. The position of the can should be such that the jailer can be heard across the entire playing area when he shouts a player’s name.

The players should use a random method or ask for a volunteer to be the jailer. The jailer will still be our volunteer in this case. The can is then placed at the center of the yard and the jailer begins to count to the predetermined number.

While the jailer counts the numbers, the rest of the players run to their different hiding areas within the yard. The players can change their hiding areas in the course of the game but have to make it hard for the jailer to find them.

Once the jailer is done counting, he will open his eyes and begin the search for the other players. When one of the players is sighted, the jailer will run towards the can, shout the player’s name and kick it. The sighted player will also run to try to get to the can before the jailer to kick it before him.

When the jailer is in the process of searching for players, one of the players who has not yet been spotted can run towards the can and kick it. When this is done successfully, all the players who were in jail will be freed. The first player to have been sighted among the jailed players will become the next jailer, while the rest will go into their hiding places.

The game should go on until such a time that all the players are in jail. When this happens, the players will choose another jailer or settle on the first player to have been sighted.

Add Some Fun To Kick The Can!

There are a number of ways through which players can add some fun to a game of Kick the Can. You can use the opportunity to engage your creativity!

Variations of Kick the Can

There can be as many variations of Kick the Can as the players can be creative. Instead of the players being spotted, this can be replaced with tagging so that the game becomes more physical. Kicking the can may also be replaced with touching a street lamp when the game is played at night. In order to have more fun when playing the game, it will be necessary to add a twist to the rules. However, the principles of the game should remain the same.

When To Play Kick The Can

Kick The Can is a great game to play during family reunions, a time when there are enough family members to make for a fun game. The game can be turned into a multi-generational fun activity to be passed down to new generations of can kickers!

Kick The Can: Questions and Answers

What happens if the non-spotted player does not get to the can?

How do the players choose the next jailer?

As long as the principle underlying the game remains unchanged, players can vary some of the rules. For instance, players can decide to pick a jailer after every round of the game or have the first player to have been spotted designated as the jailer.

What happens when players use more than one can?

This will add more fun to the game as it will result is another variation of Kick the Can. The aim will be to have the players kick the cans as far as possible.