Home Nonsense Funny Jokes A Guy Walks Into a Bar With His Pet Monkey | Funny... 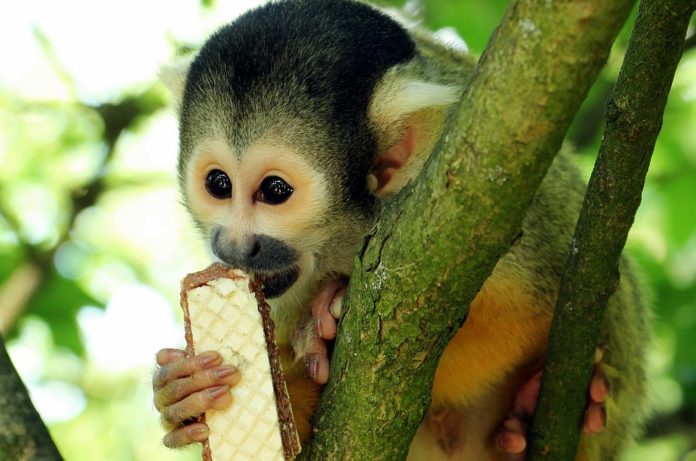 A guy walks into a bar with his pet monkey.

He orders a drink and while he’s drinking, the monkey jumps all around the place. The monkey grabs some olives off the bar and eats them. Then he grabs some sliced limes and eats them. He then jumps onto the pool table and grabs one of the billiard balls. To everyone’s amazement, he sticks it in his mouth, and somehow swallows it whole.

The bartender screams at the guy, “Did you see what your monkey just did?”

“He just ate the cue ball off my pool table… whole!”

“Yeah, that doesn’t surprise me,” replied the guy, “he eats everything in sight.
Sorry! I’ll pay for the cue ball and stuff.”

The guy finishes his drink, pays his bill, pays for the stuff the monkey ate and
leaves.

Two weeks later the guy is in the bar again, and has his monkey with him. He orders a
drink and the monkey starts running around the bar again. While the man is finishing
his drink, the monkey finds a maraschino cherry on the bar. He grabs it, sticks it
up his butt, pulls it out, and eats it.

Then the monkey finds a peanut, and again sticks it up his butt, pulls it out, and
eats it.

The bartender is disgusted. “Did you see what your monkey did just now?”

“Well, he stuck both a maraschino cherry and a peanut up his butt, pulled them out, and
ate them!” said the bartender.

“Yeah, that doesn’t surprise me,” replied the guy. “He still eats everything in
sight, but ever since he had to crap that cue ball out, he measures everything first now.”