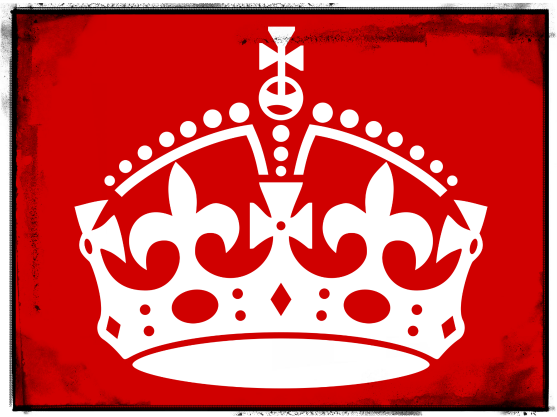 You may have heard of the acronym “KCCO,” but do you know what it means? Depending on who you ask, you may get one of 837 different answers. We’re here, as always, to clarify the meaning behind the oft-confused abbreviation and show you some alternatives to broaden your KCCO knowledge.

The original gangsta of the acronym was the Ministry of Information in the United Kingdom in early June of 1939. Before it was an overused acronym on the internet, it was used as military propaganda to promote the very British-y “stiff upper lip” type of rigid, non-emotional reaction to impending war: it stood for “Keep Calm and Carry On,” meaning “chill out, follow orders, and keep working no matter what craziness is happening.”

The motto was made into posters adorned with a “Tudor Crown,” symbolizing the state. The posters were deemed a flop, as citizens found them condescending and roundly indicative of the poor understanding that the government had of their people.

In the early aughties, one of the scrapped “Keep Calm and Carry On” posters was found in an old box at an auction, and displayed in a book shop. People went nuts over it. The book shop owners decided to make KCCO posters to sell, further entrenching the somber saying into mainstream British pop culture along with the Spice Girls and Big Brother.

Today, the acronym continues to pop up everywhere. There are 2,643,409 memes dedicated to “Keep Calm and Carry On” with alternate words and meanings.

KCCO – Keep Calm and Chive On

If you’ve been living without internet for 10 years, you may be unfamiliar with theCHIVE, a website and social community that loves boobs and people who like looking at boobs. Their most famous motto- proclaimed by Chivers and Chivettes for anything from taking a satisfying dump to helping an old lady across the street- is “Keep Calm and Chive On,” or KCCO. Some folks believe that the Chive invented the original “Keep Calm and Carry On,” but of course we know the sordid truth behind the words.

A Professional Gambler Is Being Audited By The IRS

9 Funny Words That Start With C

Bananas Are Dying Out! What Will We Eat Instead?