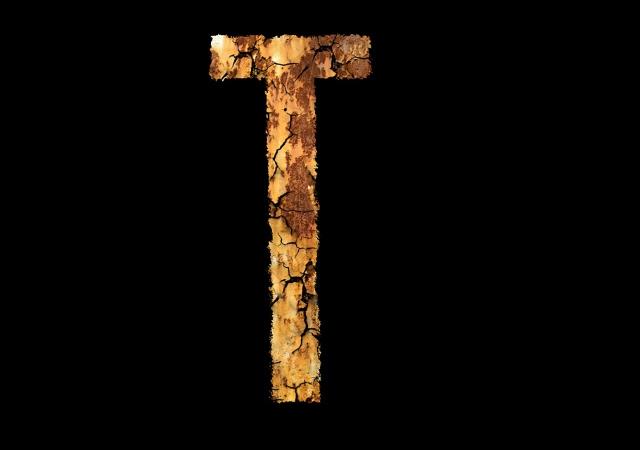 The funny thing is, there are many words starting with T to describe someone. Here are some to fill your lexicon.

Unless you’re describing a young child or an animal, calling someone timid isn’t exactly high praise. Timid people usually get ignored, talked over or walked on. But a timid child is really cute, and a timid animal is adorable. Just watch who you’re calling timid and you should be okay.

You know a heavyset person is overweight. A thickset person might be larger than the average person, but maybe it’s not their fault. They’re just set that way. Thickset. Like when someone claims they’re overweight because they have “big bones.” Uh huh. Tony Robbins has big bones. Unless you look like Tony Robbins, you’re probably heavyset. Deal with it. You’re still lovable, you big lug, you.

If anyone calls you or your teenager troubling, watch out, there’s a storm approaching. Troubling is usually followed by behavior, as in, “Her troubling behavior has me worried.” In my opinion, if you get this kind of remark even once, it’s time to take a second look at your meds. Troubling behavior could be one of those side effects they list. “May cause depression, headaches or troubling behavior.” Could be that’s how Hitler got labeled at that art college he didn’t get into. His file probably read, “Exhibits troubling behavior. Recommend NO ADMISSION!”

“Say, how’s your son doing at that ridiculously expensive private school you send him to?” “Oh, he’s thriving!” Thriving is way better than saying “fine.” Next time your cashier casually says, “Hi, how are you?” Bust out with a really loud “Thriving!” That’ll wake her up so she hurries your groceries along.

Without tact. Wow, what a loser. That guy is completely tactless. And to think, tact is free, but he doesn’t even have any. Not one tact.

Hopefully this little list will give you some fodder for when you need to describe a person to someone they don’t know. Just make sure you use some tact, but not all of your supply because you don’t want to be left tactless.