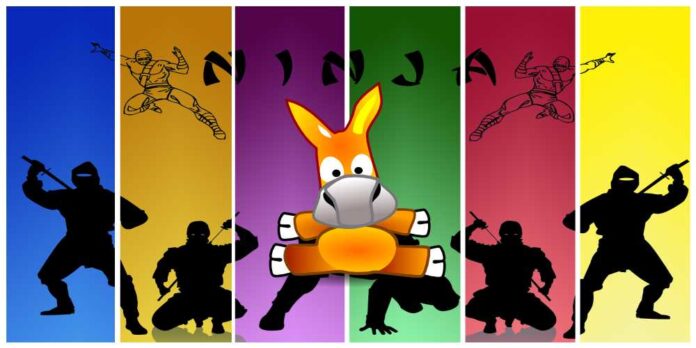 At first glance, a donkey ninja may seem like a perfect way to get around.

They’re quiet, they’re stealthy and — of course — they wear tabi boots instead of horseshoes. But take a closer look before you decide against going with a samurai giraffe, a karate moose or the obvious yet tried-and-true kung-fu panda. The wide breadth and large stature of a donkey ninja makes them an easy target for throwing stars, and you’ll have to factor in several unplanned stops in order to reattach their hastily fastened tails when they inevitably fall off.

Donkey ninjas are notoriously defensive, and if you plan to ride one, you have to set aside time and energy to deal with confrontations that probably could have been avoided. It may seem to you like an overreaction to draw a Katana blade every time someone calls you an ass, but these are donkey ninjas we’re talking about.

Donkey ninjas aren’t all bad. The blowguns they use for offensive weapons can easily be converted into makeshift snorkels when hiding underwater from potential attackers, and their nunchuck skills are widely considered to be among the finest in the animal ninja kingdom. Their grappling-hook skills, however, are — in a word — lacking. Although quite skilled in anchoring the hook into the top of a wall, they can do little more than grip the rope with their front hooves while spastically kicking their back hooves against the wall, never gaining traction. It truly is a sad spectacle.

Like all ninjas — of any animal ethnicity, including human — it is often difficult to communicate with donkey ninjas. The reason is simple: When they speak, the words that come out are out of synch with the movement of their mouths. This poorly dubbed audio has made it difficult to take ninjas seriously since time immemorial. If possible, ask for subtitles, but DO NOT accept a font color that is the same as the background through which you will be traveling.

According to the Bible, Jesus rode into Jerusalem on a donkey. If there has ever been a donkey ninja who doesn’t use any and every opportunity to remind you of that, I have never met him. Expect a large portion of your trip to be consumed with conversation like, “… was it on the back of a squirrel ninja? A llama ninja? Didn’t think so. Didn’t think so …”

When it comes to riding a donkey ninja, there are worse ways to get around. The benefits generally outweigh the drawbacks, but whatever you do, DO NOT refer to your new mode of transportation as “mule ninja” — unless you want to learn from a pack animal that sits and refuses to budge, where the phrase “stubborn as a donkey” comes from.