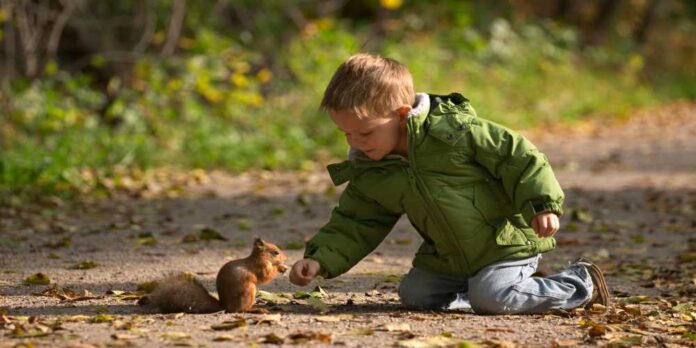 Once upon a time in a place far, far away (but, nevertheless, findable using basic GPS electronic devices), there lived a squirrel named Fluffy. Because of HIPAA and other privacy laws, personal information about Fluffy cannot be disseminated, but it should suffice to say that Fluffy had short-hair fur (in spite of his name), green eyes, a slightly damaged tail (a corner of it having been bitten off by a mean politician), and a special liking for action movies.

Now, Fluffy had a company that was struggling, partly because of the global recession, and partly because too much social networking was taking place on company time. But maybe that can left for another short story—perhaps under “organizational re-alignment?”

In order to get the company back on track, Fluffy looked for an online marketing company that was different, that did not offer “cookie cutter services.” At first, Fluffy encountered outfits that just didn’t listen, who offered solutions that were too expensive, complicated or “out there.” Needless to say, Fluffy was unimpressed with these “characters.”

So, Fluffy started thinking and went on a magic journey. He was determined to find, in the Land of US, an organization that could help him bring more traffic to his ailing company’s website. Into the Forest of Marketing Trends he galloped, atop a noble steed called Bananas. “Onward, Bananas!” he shouted into the fierce wind. “Surely, there is out there a company worthy of the challenge at hand!”

Alas, the Wind listened not, and, so, he galloped on. The forest gave way to mountainous terrain, to hills full of sagebrush, tumble-weed, and suckle-berry. The air was crisp and cold, but, nevertheless pleasant. “SILICON VALLEY,” read a sign at the entrance to a huge meadow. It was here Bananas and Fluffy stopped for rest.

At a gingerbread office building (which they tasted repeatedly, all the time wondering if this’d affect the structure’s integrity) they found a directory. In bright golden letters was the name of an organization that was most probably only make-believe. As the duo went up the escalator (with rivers of melted chocolate streaming down the sides), folks kept lauding and extolling “Monkey Pickles, Monkey Pickles, etc.”

Was there really such an organization and, more importantly, did it have monkeys and pickles on duty?

Fluffy and Bananas enjoyed the melted chocolate and the gingerbread pull-outs, but it was time to get back to “business.” Would these people talk “Turkey”—or, more precisely, “Squirrel.” If so, then they’d know about Omniture, Page Rank, Google Webmaster Tools, Alexa, SEO Quake, etc. Would they know about branding/social accounts matching, e-mailing marketing, and the awesome power of professionally-created logos and custom-designed illustrations?

Fluffy and Bananas ended up in the glitteriest hallway you ever saw. On the wall were pictures of Cinderella, Snow White, Pretty Woman, and, of all people, Donald Trump. Anyways, to get back to the “glitter,” there was shiny confetti strewn about, as if “The Party That Never Ended” was going on here. Was this appropriate for a workplace? Workplaces were supposed to be sweatshops for lonely, depressed and suicidal people—weren’t they?

At any rate, Fluffy and Bananas walked past a wrought-iron portal befitting a grand palace. Everyone inside this magical place was smiling, enjoying life and, in one way or another, plotting some adventure.

Fluffy explained his situation, almost at the verge of tears. The crazy—that is, “highly-professional”—folks at Monkey Pickles understood immediately what was needed. Without a glitch, they set up an account and started “working.” The following months brought nothing but SEO bliss; customers were elbowing each other to check out Fluffy’s line of wonderful products. At last, Fluffy’s enterprise had incredible depth and visibility. People were now able to find Fluffy, in spite of his short hair.

And everyone, especially Fluffy and Bananas, lived happily ever after!!!

What Are Some Fun Things To Do This Weekend?

A man goes to heaven, and the first thing he notices…