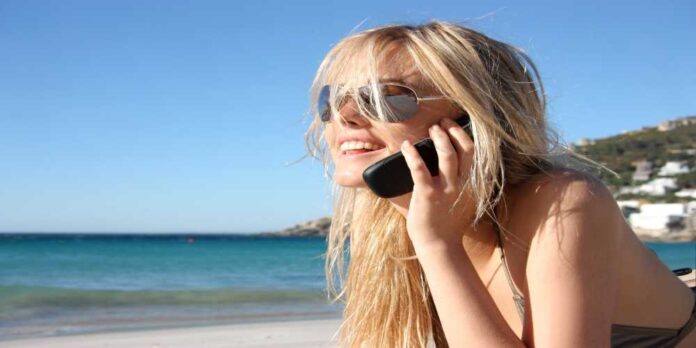 Your mom just called and she told me to tell you that your dad’s alright and you can call him at the hospital if you want to but you really don’t have to come see him because she knows you’re busy. She said the riding mower’s alright too, no permanent damage though she’s not sure how they’re going to get it off the roof. Evidently your Uncle Ralph is working on that – isn’t he like 80 years old or something? She said she called me because you never pick up, which is true. So when you get this message call me back, you know the number.

Hey, your mom just called. Good news is that Ralph got the mower down and your cousin Nick is on his way to the house to board up the window before it gets dark – said he’d take care of getting it replaced ASAP and your parent’s can pay him back whenever. Also, Uncle Ralph is going to be fine and was able to get a bed in the same room as your dad so that’s handy. They’ll probably both be released in the morning so if you don’t get this message tonight don’t bother trying to visit them. OK, call me.

Washing dinner dishes and just heard from your mom again. How come you never told me about your “naked year?” That’s what she called it. Is that why you were home schooled in sixth grade? I’ve never heard of vestiphobia before but I know your mom wouldn’t make up something like that. She told me they’re almost finished paying off the second mortgage that financed your therapy; just two more years. Boy, you sure have great parents. Oh my god, she just sent some pics on my phone. Hilarious, I mean, sorry, shouldn’t laugh. But why would you even bother trying to carry a wallet if you didn’t want to wear pants?

Anyway, she wanted me to tell you that she’s fine – barely a scratch. Cousin Nick got the window secured the second time around and really apologizes for putting her on the ladder to start with. Luckily he had some pain meds left over from his oral surgery – maybe that’s what made her so chatty – anyway she said between the Vicodin and the ice pack she’ll be good as new in no time, and you shouldn’t bother coming over unless you don’t have anything else to do. Will Ferrell’s on Conan so I’ll be up late, gimme a buzz.

Good morning. I’m at your folks’ place and we’ve almost got the mess cleaned up so don’t worry. The EMT said the bites aren’t too bad but your mom should probably get rabies shots just to be on the safe side. Wow, that Vicodin really knocked her out. Tell ya what, that cousin of yours better keep his day job because I don’t think he could hammer his way out of a paper bag. My baby sister could have done a better job boarding up that window. Man, have you ever smelled a raccoon up close? Rank. Your mom’s carpet is shot. I talked to Nick and he agreed to pay for the cleaning. Your mom said I shouldn’t bother but I thought it was only fair. Plus Nick said there was a job opening at his office so it turned out to be a good thing that we talked. Nice guy.

I realize I’m in no position to judge, I mean I have a lot of issues with my own family, but you really should give Mom a call. Is that weird that I just called her Mom? While she was making her famous blueberry pancakes this morning she insisted that I stop calling her Mrs. Brown. Hope you don’t mind.

So listen man, I’m taking Mom to the emergency room and gonna pick up your dad and uncle while I’m at the hospital. Doctor released them this morning. After I get everybody home and settled I’m going to leave this phone at Mom’s house. I really am sorry about stealing it. Your family’s great but they sure are a handful and I’ve got a life, ya know? But hey, looks like I’ll get a chance to apologize to you in person when I come over for dinner next Sunday — so I guess I’ll see you then!

A Lost Dog Strays Into A Jungle…