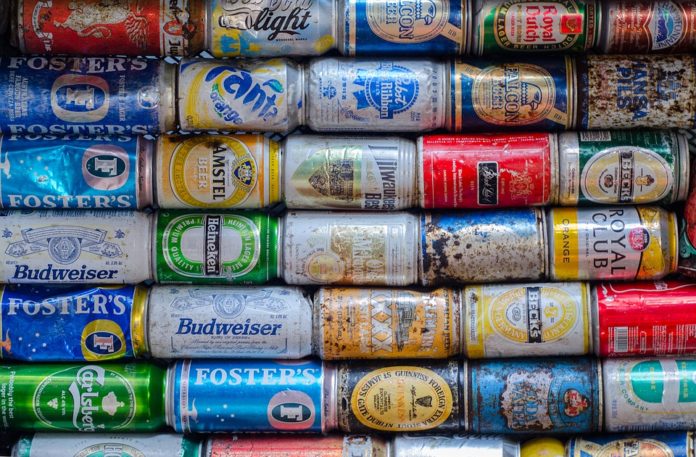 We’re getting sick and tired of hearing all about the need for recycling. All this blathering about everyone having to do their part, make the world a better place for future generations. What a load of hassle. The earth has taken care of itself for thousands of years, and there’s no way that 10 million plastic bottles in the ocean is going to change all that. Besides, recycling is just one big time suck. Since when did throwing something away become so freaking complicated? Now you can’t just toss a plastic container into the garbage bin and be done with it. You have to squint at this teensy tiny little writing inside a weird—and frankly, Masonic-looking triangle—on the bottom of the package and see what “category” of recycling it belongs to. Please. Ain’t got time for that. With that said, here are the REAL ways to recycle – or not.

They say that water in plastic bottles is no better than the water from your own tap. But that’s probably just propaganda from the water companies, who want you to use more city water. Anyway, did you know that city water also includes toilet water? So your tap water today might have been somebody’s toilet water yesterday. Bottled water, on the other hand has been purified. It says so, right there on the label. Does your kitchen faucet say “purified?” No. Didn’t think so. So definitely keep loading up on pallets and pallets of bottled water so you can always be sure of drinking purified water from the source.

DON’T bother bringing your own bags to the grocery store

Those cardboard bins that stores have in front where you can stuff your used plastic bags are there for a reason. So you can stuff your bags in, then the store cleaner comes along at night and empties the cardboard bin – into the trash can. They’re all going in the same place. To the landfill. So whether you use 10 plastic bags this year or 10,000, plastic bags will still get mass produced and still get dumped at the landfill. Save your time and stop feeling guilty about not doing your part.

DO pretend to recycle when others are watching

This is called covering your social a*&. You have to be careful, especially at work, to look like you’re an “avid” recycler. Recycling is really trendy right now and if you blithely toss your microwave containers into the trash, you’ll look like a non-conformist. Ultimately, this can cost you a raise. Companies like people who do everything the same. You don’t want to stand out. So go ahead and throw those used plastic sporks into the recycling bin that some bored receptionist placed in the office kitchen. You can always fish them out and move them to the regular trash can later, when no one’s looking.

This means the package has been made from recycled materials, which is totally gross. Just think of all the trash that goes into a bin. A lot of people recycle used tissues, even when they’ve had a cold. So that package of pasta could be made with cardboard that was pressed up against someone’s snotty tissue. Eww. Make a stand with your consumer dollars and don’t buy from companies that use recycled packaging.