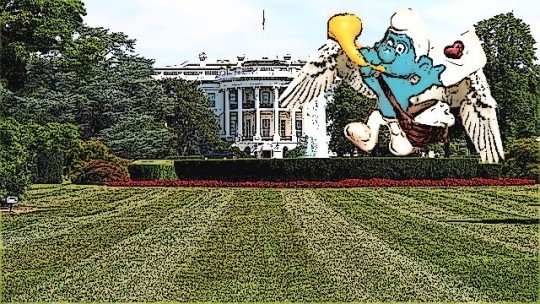 What is a Gyro Copter ?

Well Ladies, Gentlemen and Homeland Security Secretary, Jeh Johnson … a Gyro Copter is essentially a flying bicycle … a flying bicycle that, for instance, could literally be flown under the radar and landed on the lawn of Capitol Hill by a disgruntled postman ( there’s a first ).

And that, if you haven’t heard, is exactly what 61 year old Doug Hughes of Tampa, Florida did on Wednesday April 15 at 1.20 pm to deliver 535 letters to the 535 members of Congress.

“This Is Not Good People!”,

you might say … and so it would seem. … But, Doug Hughes was planning an act of civil disobedience not an act of terrorism. He wanted to highlight that in both houses there are only 2 representatives who have raised the majority of their campaign funding from small donations of no more than $200. Stating in his letters, “I’m demanding reform and declaring a voter’s rebellion in a manner consistent with Jefferson’s description of rights in the Declaration of Independence. As a member of Congress, you have three options. !. You may pretend corruption does not exist. 2. You may pretend to oppose corruption while you sabotage reform. 3. You may actively participate in real reform.”

But it appears that Doug Hughes has turned out to be a soft spoken, calm man whose intentions weren’t exactly a secret. He was even interviewed by the Secret Service on October 5, 2013, openly admitting that he owned a gyrocopter and that he did want to do something big to draw attention to campaign finance reform but had no intention to crash into any buildings or monuments in DC.
Hughes also informed to the Tampa Bay Times, last year ( after which the Secret Service contacted him again ) about the stunt and why he felt he must go through with it, saying that he had no intention of hurting anybody. Before Hughes took off he sent an email about his plan to [email protected], while the Tampa Bay Times posted a story about the event at noon that day and had a report call the Secret Service by 1 pm to make sure they were aware of what was transpiring.

Your Mail Maybe Delayed Up To 4 Years

No, not because it needs to pass through Congress. 4 years is the combined prison time Hughes could be facing for violating national defense airspace and for flying an unregistered aircraft without a pilot’s licence. To Hughes, however, this was not so bad as the very real concern that he might be blown out of the air … a result he was not keen on but prepared to risk saying, “I have also thought about being 80 years old and watching the collapse of this country and thinking that I had an idea once that might have arrested the fall and didn’t do it.”

Aside from bring attention to the issue of money in politics, Hughes has inadvertently highlighted another major problem with Washington. Namely, that a mailman can fly a bicycle almost all the way up to the White House and, as yet, we don’t know whether authorities had a plan in place to stop such an eventuality.
Imagine if instead of mailman, Doug Hughes, that the protest had been made by an angry dairy farmer with 535 bags of milk to throw, Congress would have stunk … and no one would have known the difference.
Certainly, it has come to light that had jets even been in the air over Washington they would likely have been ineffective against such a small slow moving target.
Of course the New York Jets have taken issue with this but that same evening failed to stop a local mailman in a Gyro Copter from defeating them 31 points to 7.

In conclusion I don’t know whether to praise or criticize Doug Hughes … but I do want to know where my birthday cards are. I mean “C’mon!”, it’s been over a week.