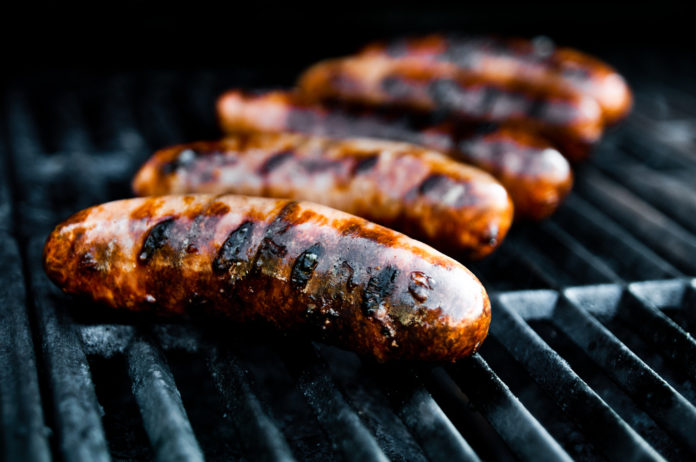 When Liz and Graham Hampson lost Charlie and Theo, they were distraught and thought they would never see the father/son duo again. Launching a rescue campaign in their town of Buttermere in Cumbria, they had more than 120 people (and 2 drones!) on the lookout for the duo.

When the rescue came up with nothing, even after the Hampson’s stayed outside overnight calling to Charlie and Theo, they finally decided to have a cookout.

According to a quote in The Telegraph, Mrs. Hampson stated, “They absolutely love sausages. They have them every Sunday for breakfast, so if there was one food they were going to come back for, it was sausages.” When 96 hours of searching for Charlie and Theo had passed, the Hampsons decided to try one last Hail Mary to get them home: go to the last place they had been seen and cook up some tasty sausages. Sure enough, the plan worked, and moments later the two came bounding up, ready to snarf down their favorite snack.

So what were father and son up to all that time?

“… they’ve told us nothing about what happened. I guess what goes on tour, stays on tour,” says Liz.

What Would Chairs Say If They Could Talk?

5 Excuses For Getting Out Of Work Early

10 Funny Monkey Memes For Your Face