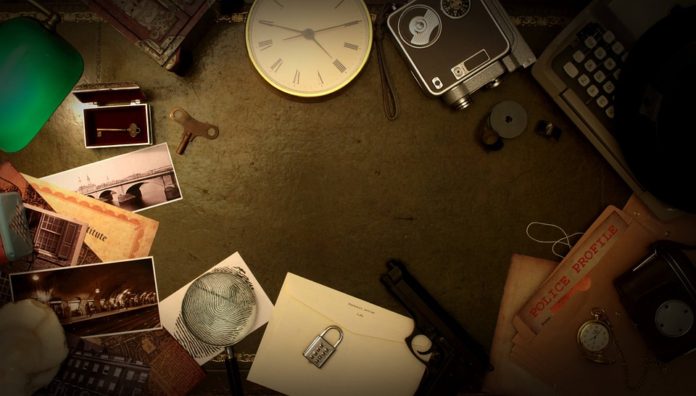 Escape Rooms are the ultimate test of a person’s ability to problem solve, work well within a group, and stay calm in the face of adversity. There are a lot of different kinds of Escapes Rooms all over the world, like escape room Perth. But what happens when someone lets the situation get the best of them?

Here are some funny Escape Room stories from employees who had to deal with the aftermath of some “creative” Escape Room guests! I wonder if any of these ever happened at Lockdown!

At our establishment we have a room called “Jailbreak” with a fake door towards the very end (it’s covered with plywood). this girl takes one look at it and says “jail…break….” and charges the door full force and breaks through.

In one of our rooms, we have an actor pose as a spy, and the people in the room had to solve a case to figure out who the traitor was. After they finished the puzzles, it turns out the traitor was actually the spy the actor was playing. The spy then pulls an obviously prop gun (orange tip and whatnot), and the group has to diffuse a fake bomb. One of the groups that did this room was a police squad that was doing this to bond. When the actor pulled the fake gun and said some cheesy lines, the actor was promptly tackled and restrained until the cops realized it was all a game.

One of my co-workers said that a group started getting really destructive in the room, to the point where they literally threw the computer on the floor to see if something was hidden inside (there wasn’t anything hidden inside, they need to use a special magnifying glass to read the monitor). We abruptly removed them from the room after that. They actually ended up coming back another day and were extremely well behaved. I guess they learned their lesson.

Someone cleared all the boxes and locks off of a table in the corner, laid down on it, and went to sleep until the group escaped.

My favorite quote is from a lovely family that went into a room and 5 minutes in the father gathered his overeager children and told them “you’re being a$$holes”.

So about 5 minutes into the escape room, someone in our group drags out a purse, dumps it on the floor, and proceeds to go though the wallet. At one point, he says loudly “hey, this wallet has a lot of money in it” and we all turned and saw what he was doing, including the owner of the purse. She was horrified.

One couple insisted on going into our most challenging room just the two of them, and we let them know this was probably not going to be a good idea or enjoyable for them, but they didnt really care. You could tell the guy wanted to impress the girl, but both of them were dumber than rocks. I had to sit for an entire hour watching them get literally no where through the first puzzle arguing with each other and then sitting in moments of awkard silence. I offered to give them help and said i would just tell them if they wanted at this point, but they refused.

One time I asked the group if they had ever played an escape game before, and an elderly gentleman responded “one time my wife tied me up and gagged me. Does that count?” His friends thought it was hilarious, but the high school couple that was obviously on a first date they were paired up with did not find it as funny.

We had a group that was evidently high. They weren’t disruptive or anything, so we just briefed them, and took them to their room. So far so good.

We have cameras and microphones inside the rooms, that way we know what hints to give out, another important thing is that the room they were at had a small fountain, and since the particular aesthetic of this room was dusty, that water was filthy. I’m talking murky, brown-yellow, mud-water.

At one point one of the guys says he is thirsty, and proceeds to stick his mouth onto the fountain’s stream and take a hefty gulp of the shit-water. We spend a second of shock/guffaw, and tell them that drinking the fucking water isn’t part of the puzzle. The guy reads the hint and just says “that’s alright”. He proceeded to do the same thing four times and drank the whole fountain (small fountain, but still like a gallon of mud-water).

We’ve had more inconvenient things happen, but that still remains as the worst thing I’ve ever seen.

So we do proposals. Ring in the final puzzle box, proposal signs, whole package deal, people love it. Dude calls up to set up a proposal, I ask what room he wants etcetera. So then I tell him the total price to book out the entire room for the proposal. He says he just wants to buy the two tickets for him and his girlfriend, I tell him we can’t have strangers playing a game that their experience is impacted/altered by the fact that there’s a proposal going on. Proposal happens in an Escape Room, there’s no longer a game, it becomes about the proposal. I know this because I’ve seen it happen a hundred times.

Anyway, dude refuses to buy out all of the tickets. Says he wants strangers to be there, he’s not going to buy the other four tickets. I hand the phone to my manager, they hash out details together.

Over the next three weeks leading up to the proposal, this guy calls every. Single. F*&@ing. Day. There’s nothing else to figure out, we’ve got it all set up, but this guy is constantly badgering us.

The big day rolls around, he arrives early so he can hide out, and this dude is a kid. Like, pimple-faced, voice-cracking, hair-growing-in-weird-places kind of kid. Everybody in the control room is talking about him, because he’s been a thorn in our collective sides for weeks, and we’re speculating about telling him marriage at his age is a horrible idea, but whatever it’s too late.

So he hides, the girl and her friends show up, they get started and we stash the dude in the second hidden room that they’ll eventually end up in. Everybody crowds around the monitor to watch and this guy pulls out a bouquet of flowers and unfurls a sign that says “NAME REDACTED, will you go with me to PROM?”

And the entire staff loses their collective shit. Weeks of constant pestering, endless phone calls, and the most stressful proposal deal we’ve ever put together. For a f*&@ing PROMposal.

Have a Funny Escape Room Story?

Tell Us In The Comments!

What Would You Do If You Had Super Strength For A Day?