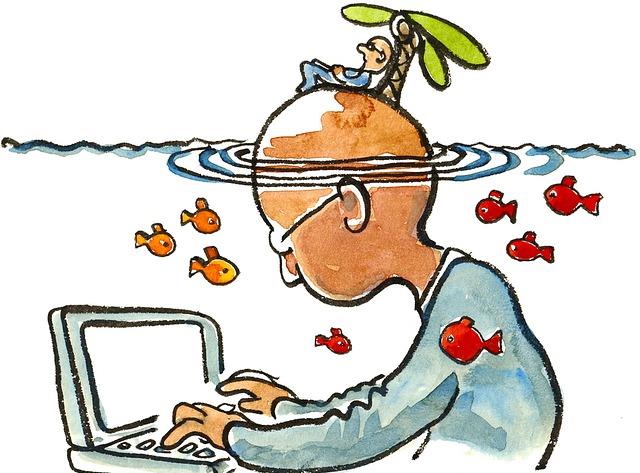 Yet another submission from our previuos held writing contest….  Being a goofball and having fun is the key component of Monkey Pickles..  If you take yourself to seriuos and need to lighten up then being a goofball is all the doctor order..

You daydreamers make me sick! When I was young, we didn’t have daydreaming. We had the Great Depression! We never daydreamed. No, we got tossed out of bed (if you were lucky enough to have a bed) before dawn and we worked for 24hours straight. Yeah, that’s right, there was no sleeping! Now I remember! We never slept and we never daydreamed, either.

What are you daydreaming about, anyway? Being a rockstar? We didn’t have rockstars! We had polka! No screaming guitars! No pounding drums! Just accordions! Nothing but accordions and tubas. Just oompah, oompah, doopity doo! No one gets to be a star playing that music! Just listening to it made us want to scratch our ears off and go back to work! We didn’t waste time daydreaming about wearing tight leather pants and stadiums full of thousands of screaming fans. The only screaming fans we had were the old clunkers that hung from the ceiling at the factory! They weren’t there to cool us off, they were there to push the heat back down. No one wants to rock and roll when they are hot and sweaty and tired.

I suppose you daydream about having a girlfriend or a boyfriend, don’t ya?! We never had boyfriends and girlfriends! All the boys and girls were working in the dirty, sweaty, smelly factories with each other all day. 24 hours, I tell ya! Yeah, everybody smelled like a goat! We didn’t take showers 3 times a day like you knuckleheads! No, on Sunday we filled any old barrel we could find with any water we could find and the whole family took a bath in the same water, one at a time! Dad went first, so the water was about as clear as sludge for everyone else, anyway. I came out as dirty and smelly as I went in, and so did all the other kids.

When it was time to get married, your parents told you who your new wife or husband was going to be. It was the same ugly, smelly person you worked with all day, anyway… except they just had a bath. And the only way you could tell that, was their hair was still wet and combed. We didn’t daydream about getting married! What kind of nincompoops do you think we were?

Who has time to daydream, anyway! Kids these days are always doing that there, um, thing… what’s that they call it? Texting! They never stop long enough to daydream. They’re always staring at their phones, typing away with their thumbs. My thumbs are the size of MONKEY PICKLES! I can’t feel anything through the calluses on my thumbs! How am I supposed to type on tiny little buttons? And when these kids are not texting on their phones, they’re talking on them. I can’t hear anything on a tiny little phone! Why don’t they make phones like we had when we were young? When I was young, you spoke into a big funnel and you held another one up to your ear. They were the size of lampshades, but you could hear everything! And there was no dialing, either. We just cranked the handle and told the operator who we wanted to talk to. Everything was speed dial.

Don’t tell me you’re daydreaming about being a princess in a castle. Oh, for crying out loud! Castles are big and cold and made out of rocks. They’re drafty. Being a princess in a castle means shivering around a smoky fireplace in blankets and a shawl. You’ll also want to eat like a horse and pack on 100lbs of fat to stay warm. All of that is going to ruin your complexion, which will be pale and oily anyway. Lovely. That’s why the fairy tale is always about dressing up in a fancy flowing gown and going to the ball hoping to meet some naïve prince to take you away. It’s called marketing. It’s also false-advertising, but the story ends when he takes her away. It’s not about what happens when they get home. But don’t let Prince Charming fool you either: he rented that tuxedo. He’s a poser. That’s why they say, “All’s fair in love and war.” All those tricks were already old even when I was a kid. Then, I got sent to work. 24hrs a day!

You daydreamers! You and your sitting there, staring off into Anywhereland with a big grin on your face. Who do you think you are? Don’t you know there’s no smiling in the real world? No! Life is hard work and then you die. That’s it! Life sucks.

You’ll never catch someone like me daydreaming. Now, why would you want to do a thing like that?

If You Could Only Have One Dessert For The Rest Of Your Life, What Would It Be?