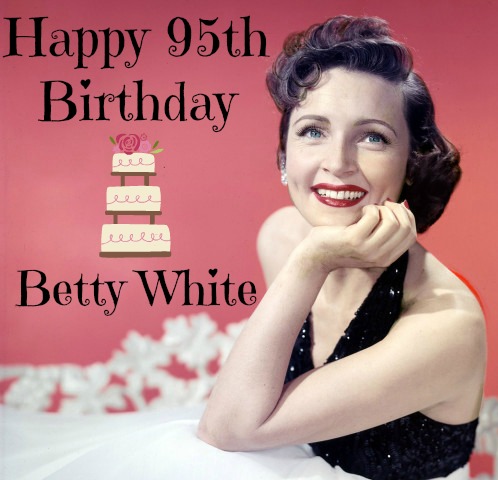 Who doesn’t love Betty White? From her iconic role as Rose Nylund in The Golden Girls to her many cameos and voice work in countless movies and shows, she’s our little adorable treasure that we want to replace all of our grandmas with. In honor of her 95th birthday today, here are some of her funniest and most heart-warming moments from Twitter!

When she encouraged us to love our pets every day:

Love your pet every day throughout your life. #LoveYourPetDay pic.twitter.com/DYp0YEqE2U

When she explained her strict exercise regimen:

People have been asking for tips- so here it is- my exercise secret – I have a two-story house and a very bad memory!

When she opened a big can of worms:

Nothing better than sharing a drink with a fan – if you see me out at the club, just tell the bartender to put it on my tab #DrinksAreOnMe

When she was adorably overwhelmed with gratitude

I am grateful for all the people who have stuck with me all these years and still greet me as a friend. #ThankList pic.twitter.com/HxLiZU1Euc

When she played a version of herself on SpongeBob Squarepants

Just worked with the folks at @NickelodeonTV on an episode of @SpongeBob. Very talented and funny group! #SpongeBob pic.twitter.com/xYIQ9gHdg6

2014-it’s going to be a great year! Granted, I’ve said that about 91 times before, but this time I’m really feeling it! Happy New Year!

HOW2: How to Be a Rapper! Annoying Orange

The Day That Made Me Ceiling Cat