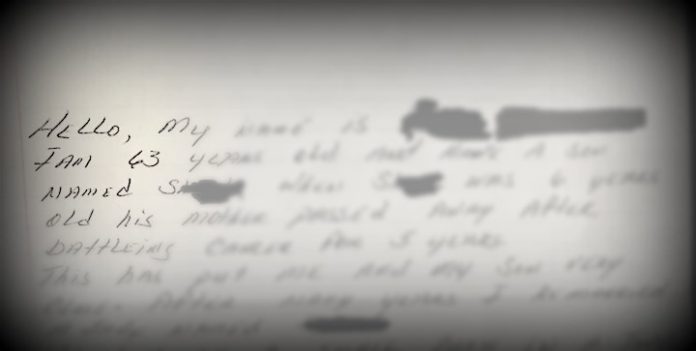 In an act of complete selflessness, Reddit user TheBartian donated his kidney, all for the sake of doing something nice for someone else.

“Nothing in particular inspired me, I’ve wanted to do it for about 10 years. Share a spare,” He writes, “If I had anything extra and someone needed it I would give it away. Part of it was I would have given my kidney to a relative, friend, or even friend of a friend in a heartbeat, so why not give it to a stranger if everyone’s life is just as important as everyone’s else.”

The recipient of TheBartian’s kidney ended up being a 63-year-old father and grandfather, who then wrote his donor in April to thank him for the life-extending kidney: 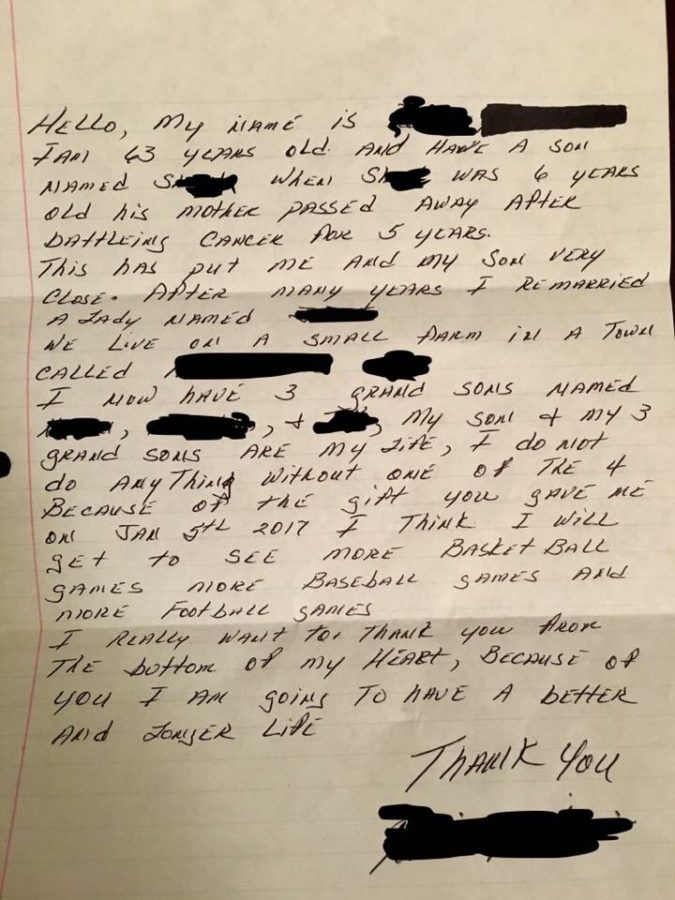 Transcript: Hello, my name is [redacted]. I am 63 years old and I have a son named S. When S. was 6 years old his mother passed away after battling cancer for 5 years. This has put me and my son very close. After many years I remarried a lady named [redacted]. We live on a small farm in a town called [redacted].

I now have 3 grandsons named [redacted], [redacted],and [redacted]. My son and my 3 grand sons are my life, I do not do anything without one of the 4. Because of the gift you gave me on Jan 5th 2017 I think I will get to see more basketball games, more baseball games, and more football games.

I really want to thank you from the bottom of my heart, because of you I am going to have a better and longer life.

TheBartian writes, “I hope his letter encourages you all to be donors when you die, and some of you to be living donors. Too many people lose loved ones too early.”

HOW2: How to Play the Piano

What’s The Goofiest Way To Leave A Boring Party?

Why No One Wants To Take Jobs In Chicago…

Cheap Date Ideas For You And Your Boo