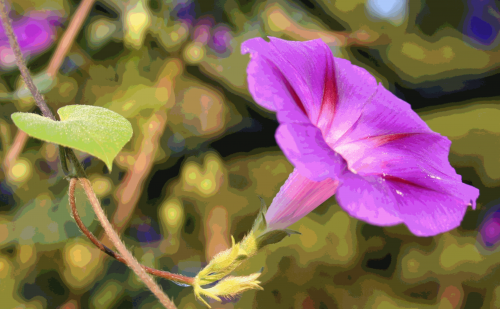 Being from the UK, I thought I would write about Saturday morning cartoons.

We have just had Saturday here ( which, like most things, we get 1 day after America ) so I am feeling very topical.
In the UK many of the cartoons we watch are imported from America but so as not to inflict severe culture shock upon the young Saturday morning viewing audience ( & gamers ) we wash out the colour a little & add rain.
Of course, there are fine cartoons from other countries such as ‘Mouse vs Cabbage’ & ‘Dizzy Donkey Derbies’ but we don’t get those fictional shows here.

Instead I want to talk about the golden age of cartoons.

Classic cartoons of weight & substance. Cartoons we are told may not be politically correct now but in fact, being made of gold, can not be supported by today’s wafer thin minty televisions.

Those cartoons carried a message. Guided us.

Scooby Doo taught us that Ghosts & Ghouls were invariably disgruntled janitors & also that you could eat as much as you wanted without any consequences ( possibly due to pooping it all out with the regular frights ) In later years, however, it’s audience became unable to pronounce the letter S after the introduction of Scrappy Doo.
The ground breaking Top Cat exposed that the real battle on the streets of America was against feral cats until the show was mysteriously taken off the air amid rumours that crime bosses & corrupt fat cats in the city had finally gained the upper paw … Was this anything to do with Will Feral’s success? Is he actually a big cartoon cat? Does it explain how Paula Abdul was allowed to get away with ‘ Straight Up ‘ ?
These questions remain unanswered.

Funky Phantom proved to us that Disco maybe dead but that it was still going to haunt us in a slightly camp way.

Godzilla helped demonstrate there was no reason to fear giant reptiles breathing radioactive fire & that slightly less giant fire breathing monsters were positively cute & less dangerous than college kids who could actually light there gassy emissions. Godzilla also helped us understand the difficulties of being a single parent.
There were also cartoons for girls such as Pink Batman, Teenage Mutant My Little Ponies & Jem who big hair meant she would never survive beyond the 80s unlike *her, who is still singing well into those.

Sadly many pets of the 80s & 90s suffered because of cartoons.

Ponies were subjected to make overs, cats were forced to play dress up in thunderstorms, turtles warmed up in microwaves ( don’t do this ) & then feed an unsuitable diet of pizza ( or that ).

Of course, many cartoons became too commercial. Transformers was essentially a 20 minute toy advert but a lesser known negative impact the show had wad the millions of tax-payers dollars the intelligence services wasted on staking out second hand car dealerships. Similarly NASA wasted even money on launching a giant ball of wool into space as defence against the Thundercats. And rumour still abound that the astronauts selected for any manned mission to Mars will be wearing Biker Mice spacesuits.
Both organisations need to spend more time with their families & should really listen more closely when their kids are talking about their day.

Some cartoons just lost their way,

however. In particular Pokemon in which Ash ( or Ashe – I don’t know. It did my head in ) seemed literally lost, endlessly wandering from place to place tossing his balls & releasing ( chortle ) …. his poorly housed pets into pits of death & misery before laughing in cost saving close up for 15 minutes of the cartoon … the b*****d. The show was finally cancelled after, during an island tournament, Ash lost in adult rated scenes to Locke & the mysterious black cloud.

Then there was Dragonball Z, where almost every character began with the power to blow up worlds but each successive storyline required them to train to become ever more powerful until it reached the point where just sneezing would destroy the planet.

In the 2000s there was a trend of pandering

( stop trying to think of shows with pandas in them ) to moody teenagers. In a painful ‘ Dad trying to relate’ type of way, studios produced shows such as Emo Ponies, Sulky X-men, Captain Whatever & The Just Leave Me Alone League, hoping that identifying with the target would make the shows more popular. This was socially unhelpful … Also my pitch for the far more appropriate Captain Clip-Round-The-Ear (young man ) was rejected … bur not that I am bitter …. B*****ds.
In the same vein, I imagine I’d find Clone Wars ( where every episode was a clone of the first ) was especially guilty & I expect that even Yoda was a pouty teenager. ( I base my opinion on trailers that were on the draw than me & my remote )

Yet, let us not be too harsh. Cartoons have come a long way from the days when Stan Lee would dress up in saggy pyjamas to voice his own animations. The latest Avengers incarnation has characters with depth & an intricate underlying plot that continues to develop through week 16 … & which may even have a conclusion to it. Rare indeed.
And let us not forget how He-Man helped construction workers fight for sexual equality. Then consider what would a world be like without Pinky & The Brain ?