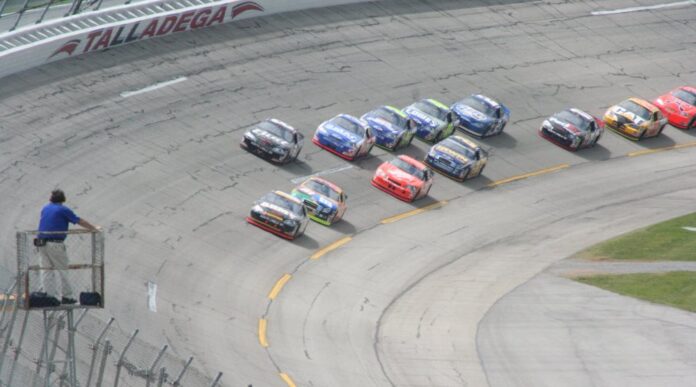 I have been a fan of NASCAR racing for many years. I love the thrill and excitement at the different levels(Truck, Nationwide and Sprint Cup). I watch in awe at the skill and daring of the drivers. But one of the most interesting and intriguing parts of the races is how the slower drivers and teams who are week in and week out lapped by the better ones must feel. Well, after today, I don’t have to wonder anymore. Thanks to a delayed bus I caught today, I got to experience the feeling of being lapped for the first time. Let me explain.

>I was taking the Number 15 bus downtown today. I arrived a few minutes before the scheduled arrival time at the corner I usually catch the bus at. The time arrived when the particular run of the route was scheduled to reach my stop. Then five minutes, ten minutes more passed. Still no bus. I called the Sac RT info line, and they told me the bus was delayed but would be arriving shortly. So I waited—five minutes more, ten minutes more, fifteen minutes more. Finally, twenty five minutes late and five minutes before the next scheduled run was set to arrive at the corner, the bus I originally was waiting for arrived. I got on and had the suspicion I was harboring confirmed. The driver was an older one who was notorious for running late when he is driving. The exception is when he is on time; the rule is you can count on him being five to fifteen minutes late.

So after I boarded and took my seat, the bus pulled away from the curb and headed down Rio Linda Boulevard. The bus continued on its way. We stopped to pick up passengers at several points along the route including the two stops on either side of the corner of Del Paso Boulevard and El Camino Avenue. It was at the stop on the south side of El Camino that I had my NASCAR experience. The bus on the next scheduled run on the route pulled up along side and passed the bus I was on. It created a great stir on my bus. All the passengers were shocked as this event occurred. I too was surprised but also thrilled by this turn of events, if this was a real nascar fantasy race, I would put my bet down on the driver.

The second bus pulled away and made the Arden/Del Paso Light Rail station ahead of us. It then pulled out and continued on its way downtown while we were just pulling to a stop at the station. After several passengers disembarked from my bus, it too left the station. The driver of my bus drove diligently, trying to make up some of his lost time. We zoomed down Richards and finally made it downtown. As we pulled up to the stop where I got off to make a connection(that trip had its own adventure), I glanced down J Street and saw the other No. 15 bus turning at 7th Street. It had beaten us downtown and near the end of the route by around five minutes.

I want to thank the driver of my Number 15 bus and Sac RT for providing me with the opportunity to cross an item off my bucket list.