Home Nonsense Funny Articles How To Use A Compass 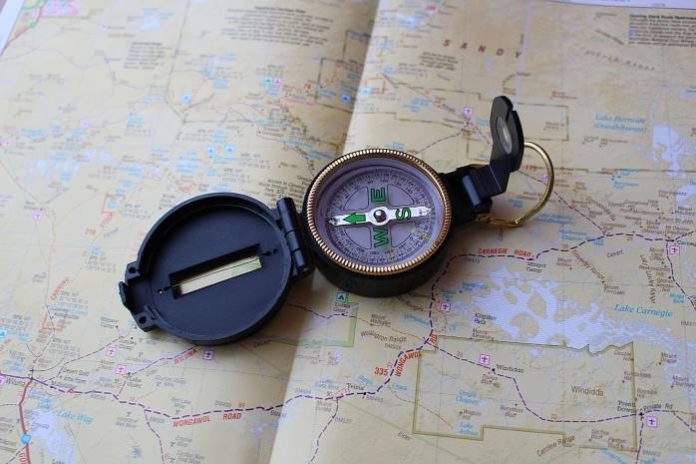 No one knows how the compass works. It has remained mysterious for many years, particularly since 1975 when it was first invented. Somehow, as if by magic, the needle on the face of the compass always points in a certain direction. Of course, no one knows what that direction is or how you can use it to find the Citgo station on Route 29 that sells the 64-oz jugs of soda for 79 cents.

Though it is definitely a bad idea to go outside under any circumstances, at some point you will be forced to emerge from your home and risk navigating your yard, the park or even the woods. When you get lost in your yard, the park or the woods, it will be a good idea to know what a compass is and how to use it. Alternatively, a GPS may be the ideal gadget to take to the woods with you; without the need for cell towers, these durable things can be used anywhere. Check out this article for more information – The 6 Best Hunting GPSes Reviewed In 2019 ( + 1 Hunting GPS App ).

Using this simple, five-step process, you should be able to master your compass and find your way back to your living room, where you belong.

1. Get Lost In The Woods

To really use a compass, you will have to get lost in the woods. If you are the type of person who can get lost in your house or get lost in a public place, this will be easy. However, if you have a cell phone with a GPS on it or you are survivalist, this might take some doing. You may need to have a friend help you by striking you over the head and pushing you out of the car somewhere.

2. Figure Out Where The Hell You Are

Once you have awakened in the woods with no idea where you are, you will still have to figure out where you are in the most general sense. Are you south of the Citgo station that sells the 64-oz jugs of soda for 79 cents? Are you west of the factory, office or mall where you work? I know, if you had any sense of direction you wouldn’t have gotten lost in the woods in the first place. But to use a compass you will have to start somewhere.

3. Know Something About The Compass

This may be the most difficult part of using a compass. Generally, people have no problem holding it in their hands and keeping it out of their mouths and within view. However, very few people have the general wherewithal to actually know something about a compass.

The compass is a metal object that will likely fit in your mouth. Though it might feel good to have the compass in your mouth, it is important to hold the compass on the flat of your hand, out in front of you. Hold it like your cell phone, but don’t worry so much about dropping it.

When using a compass, many people believe that they are being led in the wrong direction. They may believe that their compass needs to be charged. How can they still be going the opposite of north? Where is west? What is south? No one knows!

For this reason, you must shake the compass to let it know who’s boss. Shaking a compass also lets forest animals know that you mean business. If need be, throw the compass at forest animals or any mole people you encounter who say they are trying to rescue you.

5. Throw The Compass On The Ground

Your compass will not find Pokemon, take photos or play songs. After walking around for hours holding the thing in front of you like a cell phone, you will suddenly realize that your compass is the worst phone ever. This will make you want to smash it on a rock.

A Man Walking Along A California Beach Was Deep In Prayer…