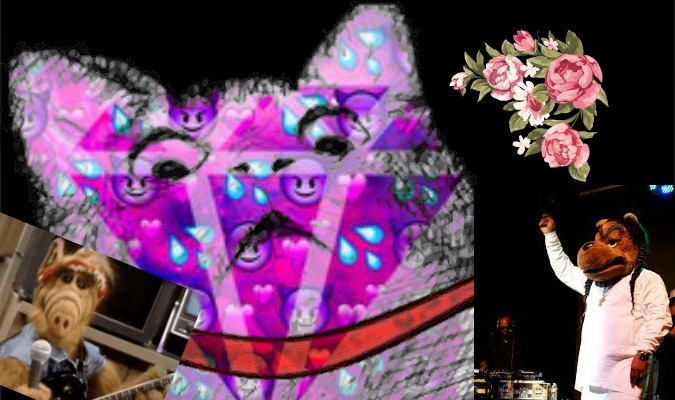 Everything is sarcastic on the interwebs. Ironic detachment means that nothing means anything and one-eyed Jacks are wild. See? It’s funny because it doesn’t make sense. But I can also say, it’s not funny at all and THAT’S WHY it’s funny. I get to say anything I want because this is the internet. It’s cool to be exclusive and make obscure references, then act appalled when no one gets it. The new hipster is not wearing suspenders and waxing his handlebar mustache over his reclaimed wood sink; NO. The new hipster is online making DANK MEMES and rolling their eyes when someone fails to understand the infinite complexity or mundane simpleness of what they have created. It’s art, and we’re gonna teach you the steps to make the dankest memes of all. Meme’s can be made in picture or video form. Most video memes can now be seen on popular video platform TikTok. Creating good content is vital to your success, the better the meme, the better the reaction from the viewers. You’re following will also grow if your memes are worthy. You could use free following sites, like https://tiktokfamous.club, if you want to create a strong platform to start with. The bigger the following you have, the more successful your memes are likely to be. The popularity of video memes is increasing drastically so you might want to create video memes first to get your foot in the door.

First, WTF is a dank meme, you may ask. Well…: exasperated sigh: … just watch this total square explain what a dank meme is:

Does it make sense now? Not really? Ok, grandpa: let’s learn you some dank memory.

How To Make Dank Memes – Find A Photo

Most dank memes start with a video or picture of some kind. Now, in a normal meme, you would associate the video/photo with an expression, or a feeling, or something relatable in some way, and then write something funny with it. But we’re talking about dank memes here, soldier, so the BEST kind of dank meme starts with an overdone, cliche, even TRITE meme that is just 0% funny anymore. Can’t find any of those? Use any picture or video. Anything. Find an old comic strip, an inspirational-looking sunset, something that is just begging to be muddled with tomfoolery.

How To Make Dank Memes – Imagine Your Theme

What do you want your dank meme to become when you release it into the internet? Will it be forever lauded as the Dankest Meme in history, or will it be scoffed at and ridiculed for its inherent non-dankness? Here’s the deal: it doesn’t matter. Dank memes are perfect regardless of how they are appreciated. In truth, according to dank meme lore, your dank meme should be completely ignored- this means that it’s so obscure, so unfunny, so LAME that no one could even understand it enough to give it props: this could very well be the Dankest Meme.

How To Make Dank Memes – Find Your Accoutrement

Some might say a dank meme has to showcase certain elements- a bag of Doritos, a standing photo of Snoop Dogg, rainbows, offensive language… but this isn’t a list of “must-haves,” is it? Dank memes show no mercy and have no rules. Dank memes incorporate pieces of meme culture that are no longer relevant because of age and mainstream use or are so new or niched that a very small amount of people would find them funny or of interest. This makes the dank meme so special: it’s so out of touch with everyday humor that it becomes an exclusive club for those searching for the next best thing. One piece of advice from a dank memer to another: make the dank meme look awful. Use MS Paint. No matter how much work you’ve put into it, it is MUCH danker if you make it look like you just shrugged and scribbled for 2 minutes and it was done. That meme is DANK, son.

How To Make Dank Memes – Release The Hounds

When you’re ready for the world to see your dank meme, don’t make a big deal out of it. Casually go online to your favorite forum, post your meme, and walk away. Drink a Mountain Dew and watch your favorite under-valued anime. Your family and friends may not completely understand what you’ve just done, and that’s the way you want it. You’re so cool about unleashing your dank meme to the masses, you don’t even CARE if anyone sees it. That’s not the point. It’s knowing that you- without excitement or fanfare- made a hilarious dank meme for all or zero to enjoy. Your legacy lives on.

Here is motormous3 with his take on how to make dank memes:

Shared From BuzzFeed: How To Live Life According To Mama June