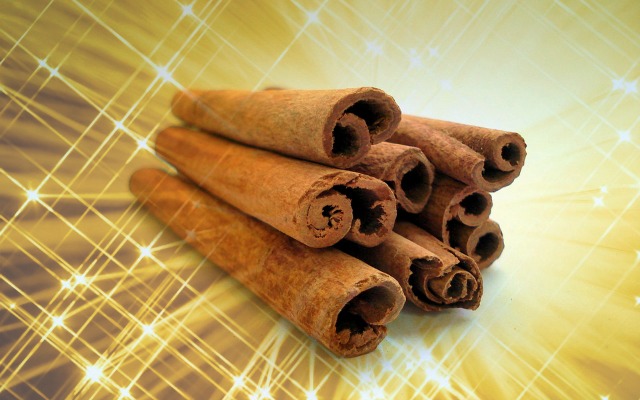 Everyone says breakfast is the most important meal of the day. It’s a little bit curious, then, that so many breakfast foods are chock-full of sugar. But you’ve never really questioned that – you’ve just enjoyed it. You just love that chance to indulge your sweet tooth first thing in the morning. You even have dreams about that very sweet tooth talking to you and threatening you with violence if you do not indulge it.

Your very favorite thing in the world, in fact, is cinnamon toast. You’ve never made your own cinnamon toast, but you have always loved it when other people made it for you. But now, you no longer need to demand that strangers off the street make you cinnamon toast, because you can make your own. All you need to do is mix up a few ingredients and slather the mixture all over toast. To do this, you will need the following very important components:

Now that you have all of these ingredients for a delicious breakfast that will leave you high on sugar all day, you can proceed with making your very own scrumdiddlyumptious cinnamon toast!

Many people would say that you should only toast your bread after you have put all of the other ingredients on it. But where’s the fun in that? You won’t know what the toast actually looks like if you have all the other stuff on top. You have actually been told that you can’t even make toast correctly, and of course you want to prove those people wrong. So go ahead and accomplish that Herculean task of making toast. If you can do this, you can proceed with the rest of the recipe and have cinnamon toast that is even more toasted than it needs to be, which is never a bad thing. Burned toast is absolutely delicious. In fact, you should try your very best to burn it to begin with, and then burn it even more in the oven with all the other ingredients on top.

How to Make Cinnamon Toast – Mix the Coating

Even though the final result is referred to as “cinnamon toast,” the recipe usually calls for more than just cinnamon and toast. In order to really make the cinnamon pop, the other ingredients include butter, sugar, and vanilla. So basically, what you should do is just dump all of these ingredients into a bowl. Or better yet, skip the bowl altogether and just dump it all on the top of the toast. You can mix them right there on top of the toast. You probably won’t get the proportions even, considering that you don’t really have space to mix it on top of little pieces of bread, but at least you’ll save a bowl this way.

How to Make Cinnamon Toast – Slather That Batter!

Once you have everything mixed to your satisfaction, what you should do is make sure that every inch of the bread is covered with the sugary mixture. Get a microscope if you can, and just examine every single millimeter of that toast. You don’t want to leave a single crumb of it uncovered. Because what if that tiny little piece of bread that doesn’t have any coating is the one that ends up making contact with your most powerful taste bud? That would be a travesty, and that is something that you want to work as hard as possible to avoid.

How to Make Cinnamon Toast – Let the Oven Do Its Thing

This is the easiest part, because you really don’t have to do anything except put your coated toast into the oven. You can actually go off and do your own thing for a few minutes. You can stand on your head and recite the alphabet backwards, climb up to your roof and dance a jig for all the neighbors to see, or go put on a banana costume and climb up a tree in your backyard. Seriously, anything goes. Of course, you run the risk of forgetting entirely that the toast is in the oven, but isn’t having that few minutes of freedom to do whatever you want in the world worth it? And again, burned toast is amazing, perhaps even the best thing since the sliced bread that was its precursor.

After you have made your cinnamon toast, it is quite possible that you will want to do additional things to it. Maybe you want to try to put it in the dryer so that it will shrink like your clothes usually do, and you’ll have something similar to Cinnamon Toast Crunch cereal. But if regular cinnamon toast is good enough for you, you can just get it fresh out of the oven and eat it. Of course, if you don’t wait before putting it in your mouth, you might end up burning your entire mouth. But why would you want to wait when you have something so delicious? Destroying all of the taste buds in your mouth will totally be worth not having to wait!

So when you try it, the experience can go one of two ways. Either you’ll love it or you’ll hate it. Either it’ll taste like the cinnamon toast you have always loved, or you will find out that you are literally someone that cannot make toast. If it’s the latter, hey, at least you’ll get away with not helping out in the kitchen anymore because no one will want help from someone who would screw up something this easy.

The Phallic Fallacy of Jelquing

Who Would You Use Your Power On If You Were A Mind Reader For A Day?

What’s The Best Way To Handle An Annoying Co-Worker?

Do’s and Don’ts of Soldering