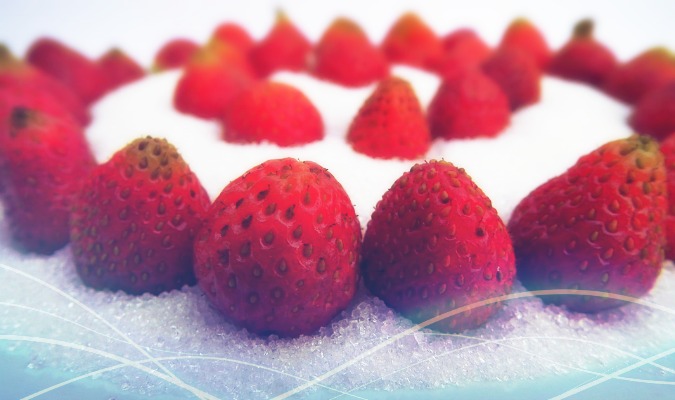 The verdict on table sugar is a mixed one. People love it and hate it – most people love the way it makes their desserts taste better, but they hate the fact that it is full of empty calories and makes it hard to zip up their favorite pants. But never fear – there is actually a lot more that you can do with sugar that won’t make you too big for that amazing pair of pants covered with smiling teddy bear faces and rainbows. Armed with the knowledge of the following super-fantastic household uses for sugar, you have an excuse to buy that extra sugar next time you go shopping – whether you actually end up eating it or not will be entirely up to you and your level of willpower.

Make Your Medicine Go Down

You know that just a spoonful of sugar makes the medicine go down, right? When people say this, they usually mean that it takes the nasty taste of the medicine out of your mouth. However, this idea can also be taken literally. If that medicine somehow gets stuck in your mouth or your throat, you can just cram your mouth full of sugar to force that pesky medicine down your throat and into your system where it belongs. The more sugar, the better – any place where sugar is, medicine can’t be, so you can literally push every little bit of medicine down with sugar. You’ll probably need more than just one spoonful of sugar for this, though. If you’re worrying about what will make the sugar go down after this, stop that right now! Remember that sugar melts in your mouth, so it will go away on its own after a while.

Get Rid Of Animal Carcasses

Did you know that in custards, sugars function to break down the proteins in the egg whites? This makes it so that the proteins are mixed more uniformly throughout. If sugars can break down these proteins, who’s to say it can’t break down other proteins as well? Specifically, the proteins that compose the body of that deer carcass in your backyard. You don’t know how it died or how it got there, but you do know that you don’t want to touch it. And this way, you don’t have to. You can just throw some table sugar onto it and hope that it helps the body disintegrate into the earth so that you don’t have to look at it anymore. Just go out there with a clothespin on your nose (if that carcass has been there a while, it’s likely pretty ripe by now), and start throwing sugar all over the body. Hopefully it’ll start disintegrating very quickly with the help of the sugar.

Give Yourself Preliminary Wound Protection

Little known fact – packing sugar into an open wound helps with healing. It seems counterintuitive, seeing as how rubbing salt in a wound is associated with nothing but pain. However, since people have observed that sugar is good for wounds, let’s just go with it. If packing sugar into wounds promotes their healing, what could be better than making sure that the sugar is already there when your skin is ripped open in the first place? That way, the accelerated healing process can start immediately! Consider making a habit of rubbing sugar all over the exposed parts of your skin on a daily basis, so that while you’re running to catch the bus that came 10 minutes late but that you’re somehow late for anyway and you end up falling and scraping your hand, the sugar that is already on your hand will instantly go into the wound. That way, you’ll have missed your bus, but you’ll at least have one good thing going for you – knowing that your wound is already starting to heal at a quick pace.

You’ve heard of the phrase, “sweeten the deal,” right? Usually that means offering someone more money or some added incentive along with the original deal, but why not table sugar? There’s nothing sweeter than table sugar, so it stands to reason that nothing will do a better job sweetening a deal than table sugar. The way you will go about it depends on how the deal is being made. If you’re mailing documents, just toss some table sugar into the envelope with them. If you’re doing this over the phone or computer, toss the table sugar all over your phone or computer. If you’re making the deal in person, just throw a handful of sugar in the other person’s face! You should keep in mind that they will probably be initially shocked and even angry, but once you explain to them that you were just sweetening the deal, they should appreciate it. If not, oh well, onto the next one.

Top 7 Reasons To Put A Banana In Your Ear