Home Nonsense Funny Articles Cuca The Alligator Is Everything 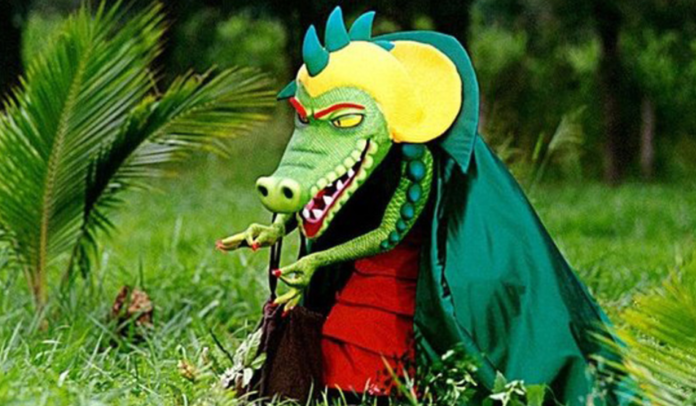 Cuca is an anthropomorphic alligator villain in the early 2000s Brazilian children’s television show Sitio do Picapau Amarelo. She is sassy as all get out, and for some unknown reason she has become the meme du jour of June 2017.

me: i want a man
a man: hi
me:#Cuca pic.twitter.com/LbB2DsIgmw

She is now in competition with other sexy starlets and female musicians for no apparent reason other than the fact that everyone loves a little cat fight.

Who wore it better? RT for Cuca or fav for Britney pic.twitter.com/MkuKuWUjvO

I think Cuca reminds us of the inner diva we all have inside of us, even if we are a hideous scaly beast.

Cuca is being labeled as “iconic” and, for the moment, the unofficial mascot of the LGBTQ community.

A new gay icon has emerged. Her name is Cuca and you will put RESPECK on ha name pic.twitter.com/ZhxcaemXvf

The glamorous witch is ripe with personality and diva-ness, making her the ultimate choice for a reaction gif.

The Kardashians looking for cultures to appropriate pic.twitter.com/MJ9e2XcYsk

So, until this meme runs out of steam… FULL CUCA AHEAD!

Is Winking At Someone Cute Or Creepy?