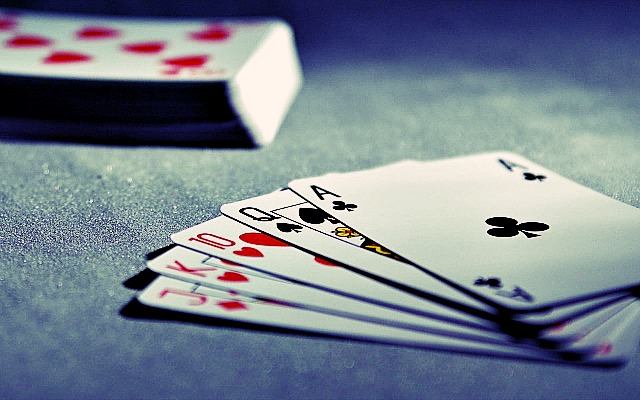 If you are looking forward to starting a poker career or playing poker for fun, then begin by playing Five Card Stud. It’s the simplest, fast, and so far the most interesting stud poker game especially if you are stepping into the world of poker for the first time. Speaking of poker, if you’re new to all this, it may be within your best interests to check out sites like eurocasino, just to get an idea of the sorts of games that you could find yourself playing one day. You may find that you’re a pro at playing poker!

Even though Five Card Stud is less popular and hardly features in the series of modern poker, mastering is a brilliant way to venture into other forms of online poker games. You don’t have to really be a genius to play Five Card Stud but- you’ve got to ‘have a card up your sleeve.’

As soon as you master the easy-to-understand Five Card Stud rules, you will certainly be a winning player within the shortest time possible. The high-speed variant style of playing Five Card Stud poker allows you to explore different tricks on how to pin down your opponent. Then, once you are well versed in five card stud, you can then move onto to different types of online poker, such as Texas Hold’em, commonly known in Japan as テキサスホールデム.

Here are the easy steps and tips on how to play five card stud.

Five Easy Steps On How To Play Five Card Stud

Prior to the start of the game, Ante amount is determined. The ante could be any amount that you decide to bet on. Let’s say it could be a dollar or even a hundred dollars depending on the ability of the players to place a bet. The Five Card Stud gives a player the liberty to open betting with the agreed Ante amount or more. You cannot bet with less than the agreed Ante amount.

Once you have agreed on the Ante amount, shuffle the cards well. The first two poker cards are dealt to each player, one face up and one down. The cards are dealt in such a way that the player seated on the left side of the dealer receives the cards first. If your showing up-card has the lowest value, then you are required to make a forced bet, commonly known as ‘the bring-in.’

The player with the least face-up card value makes ‘the bring-in.’ There are two major ways of making the bring-in.

The third street comprises of issuing the third face-up cards to the players. It is the third phase in Five Card Stud poker game. The issuing of the cards is followed by a betting round. The player that has the strongest face-up card initiates the bet. In a case where two players have cards of equal strengths, the player closest to poker stud button begins the action. Small bets amounts continue on the third street. Unlike in Seven-Card Stud, an open pair does not imply a double bet. Once all the players have made their moves, the game goes on to the next phase.

Poker has remained one of the most fascinating games of all times due to the fact that it has different ways, styles, and approaches of playing. It’s dubbed as a game of insufficient information. This might sound confusing, but that should not worry you.

Here are excellent winning tips that can help you beat your opponents with ease.

When playing Five Card Stud, you can choose to play ‘tight’ or ‘loose game.’ A tight game involves playing few hands in order to minimize the risk. On the other hand, playing a ‘loose game’ involves many hands being played with the essence of doing more of a gamble. Alternatively, you can play the passive or aggressive game. Passive play involves doing more calls as compared to betting while aggressive play involves making big bets so as to put your opponent under pressure.

Remember not to be too rigid on playing one particular kind of poker style as this can make you predictable. If you are in a position to comfortably switch from one style to another, then you are likely to become a great Five Card Stud poker player. For a beginner, it is safer to play a combination of ‘tight-aggressive’ type of play.

Even though Five Card Stud is slowly finding its niche online, it is a game worth playing anytime.

A Sad, Depressed Guy Is Walking Along The Beach…