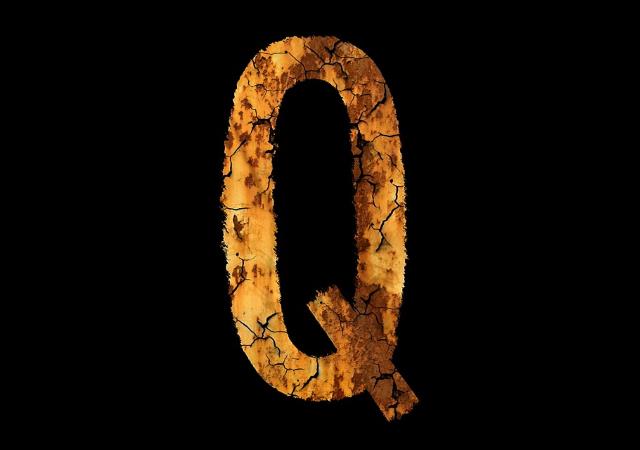 If you quackle someone, you choke them. Crime shows don’t use this word because they don’t want their viewing audience to laugh. They can’t go around saying, “How was the victim murdered?” “She was quackled to death.” See? I bet you’re smiling right now, even though that poor actress fake-died.

Have you ever seen a dog with a rope in its mouth, shaking his head back and forth vigorously? Then you’ve witnessed quagswagging! That’s way better than regular wagging, right?

The next time someone says something completely ludicrous, just say, “That’s quoz!” They’ll be baffled, but just keep saying it, and they’ll get the hint that you’re telling them their idea is absurd and you’ll have none of it.

If you happen to be one of those indie book writers, you’re probably always looking for new words to describe expressions. Here’s one for the books – quotha. It means an expression of contempt. “Her husband looked at her with quotha.” It probably won’t work in a thriller novel though, because it’s too arcane and your readers might think he looked at her with some drug in his system that made his eyesight blurry.

You can use quaggy in your novel, though. “He looked at her with contempt as she tried to push the carriage wheel out of the quaggy earth.” Quaggy means soft and watery. Then the guy could swoop in and come to the damsel’s rescue, and her boyfriend could get jealous and challenge the first guy to a duel. You take it from there, though. I don’t want you to think my idea is quoz.

A quod is a prison. So if you’ve been locked away for some reason (and please, don’t tell me why – I don’t want to know), and your friends ask where you’ve been, just say you were in quod. Don’t say prison, because you might not have any friends after that. Whereas if you say quod, they might think you were at some mediation retreat or something. It sounds better anyway, to hear, “You’re going to quod for a long, long time.” If you put it that way, it doesn’t sound bad at all, but I still don’t want to know why you were in quod.

I like this word. Well, it’s not really a word. It’s a quasi word. Because you have to attach it to something, like he’s a quasi doctor. Meaning he’s not really a doctor; he just plays one on TV. If you’re a fake doctor, that could mean you’re an imposter. But a quasi doctor sounds like he actually has some credentials, even though he’s nothing but a fake. Come to think of it, he could go to quod for a long time for pretending to be a doctor. Then he could be charged with quotha of court.