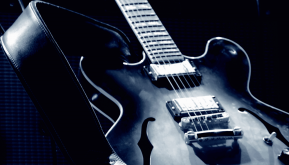 The Country Music Awards 2013 have come and gone.

I watched some of the CMA 2013 awards with my girlfriend and noticed something.  I didn’t feel it was very, well, country to be a ‘country’ music awards show.  Even during the pre show.  Long gone are the days of the Great ‘Man in Black’ Johnny Cash, Willie Nelson, Waylon Jennings, Loretta Lynn, and many others.  Even the 90’s had a bit more actual country music than now.  (But not much)  Except for the rare moments the CMAs now seem more like the southern version of the MTV awards or grammy awards.  When the only ‘country’ looking people at your country music awards are your guests from the ‘Duck Dynasty’ show, you may have a problem.  So I came up with some ways to make the CMAs more C.  C for country.

1. At the pre show; Instead the ‘red’ carpet, have a camo carpet.

This almost seems obvious right.  Cameo right now is so IN.  Thanks to the ‘Duck Dynasty’ and ‘Honey Boo Boo’ shows camo is the new black.  What could be more fitting than seeing Taylor Swift and Carrie Underwood strut their stuff in their tacky dresses or Brad Paisley and Kenny Chesney scrape their fowboy boots along a long wide synthetic camo carpet?

Really, nothing more needs to be said here.

3. Have a pig roast, buffet/BBQ going on during the show

Who better to be in charge than Mrs. Paula (don’t call me bigot) Deen! Imagine Paula going up and down the isles passing out paper plates of smoking hot bbq.  Paula handing off a glass of sweet tea to the winners as they go to the stage.  Or a beer to the losers while singing “There’s a Tear in my Beer.”  Sounds sweet as butter to me.

Dude really?  What in hillbilly Hades was that?

C’mon, where are the bright colored rhinestone suits?  The giant belt buckles that could slice you in half? Cowboy boots that are so leather you can almost hear them still mooing?  Where oh where are the 12 gallon hats? Oh! and the mullets, where are the mullets guys???  Women’s hair so big the follicles look like craters, the poofy dresses, the pearls.  So no more twerking white guy wanna be pop stars.  No more ‘country diva’ dresses.  No more baseball caps, fowboy hats, boots, and black denim pants.   And PLEASE no more belt less, grandpa slacks.  Do you have a mirror Tim Mcgraw? Did you really think that looked good? And learn to button your shirt too.

Or any other falsetto singing pop singers.  What, next year during Scotty McCreery’s ‘Pinnacle’ award ceremony will we get a video message from Katy Perry or Lady Gaga?  Yes, nothing says country music more than videos of male and female pop divas.

Eddie Murphy and Reba McIntyre.  What do they have in common?  They both tried to be funny and sing.  Eddie was funny often but can’t carry a tune in a suitcase.  Reba has a powerful voice but her sitcom is terrible and she can’t act.  Brad Paisly and Carrie Underwood proved it all over again that generally you can do one or the other. Not both. With lame skits, passe jokes and comic timing of a ‘Walking Dead’ walker, Brad and Carrie continued Reba’s tradition proudly.  (Brad, Dolly Parton breasts jokes are older than you.)  So bring Ron (Tator Salad) White on to host next time.

Last but not least …

8. Do not have Taylor Swift at the CMAs or any other Country Music program

Once again, nothing more needs said.  Taylor is about as country as Joe Pesci.  Then again, Pesci wore cowboy boots in “My Cousin Vinny.”  To paraphrase Marisa Tomei, ‘Yeah Taylor, you blend. ‘

Top 7 Ways To Use Pickleball Paddles

How To Play Ghosts in the Graveyard