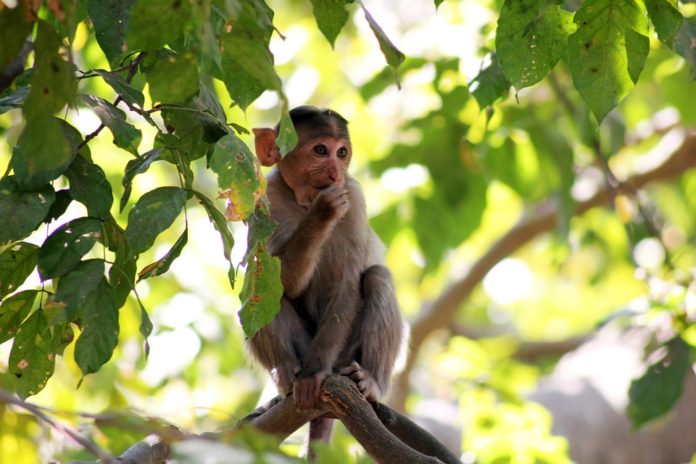 A lizard, walking by, looked up and saw him. “Yo, Monkey,” said the lizard, “what are you doing up there?”

The monkey looked down and answered him. “I’m smoking weed.”

“Can I have some?” Asked the lizard.

So the lizard climbed the tree and smoked weed with the monkey. They smoked and smoked until the lizard’s mouth got dry and he became very thirsty. “Yo, monkey,” said the lizard, “this weed is fire, but my mouth is so dry. Do you have any water?”

“Not on me,” said the monkey, “but there’s a stream right over that hill and you can drink all the water you want there.”

“Cool.” Said the lizard, and he headed over to the stream. While he was drinking an alligator walked by.

“Yo, lizard,” said the alligator, “you stoned as hell.”

“You got any more weed?” Asked the alligator.

“Not on me,” said the lizard, “but there’s a monkey in the tree over there and he might have more.”

The alligator walks over to the tree and yells up to the monkey. “Yo, monkey!” He yells. “Have you got any more of that weed?”

The monkey stared down at the alligator rubbing his eyes in disbelief. “Holy shit, lizard.” He says. “How much water did you drink?!!”