Home Nonsense Funny Articles Samsung Gear Review: Not All Is As It Seems 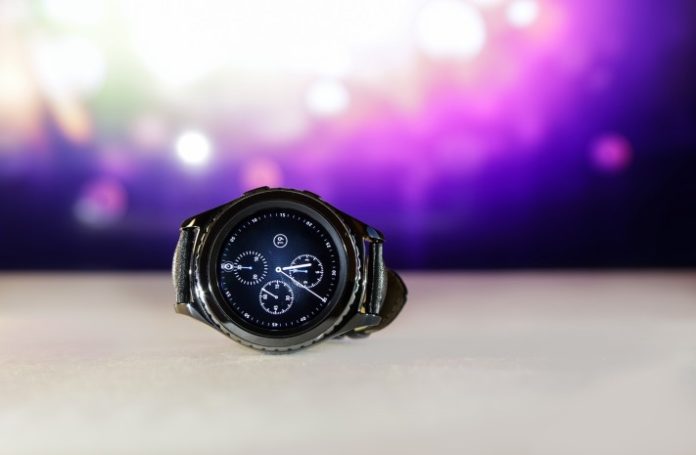 The recent release of the Samsung Gear has created a lot of public attention, and not because of its smashing success.  This newest watch-size computer from Samsung came with a new feature designed to promote calm, happiness, and increased production in the person’s life role.  The idea was for the person to set up their profile with personal information like age, gender, job, school, marital status, parental status and life goals.

This information would then be used to send subliminal messages to the person while they were sleeping and at different times throughout the day to help the person achieve their goals and experience more happiness with their current status in life.

A glitch in part of the Samsung Gear programming led to some interesting effects after a couple of days.  Apparently, the programming mixed up several groups and messages, which caused people to have uncontrollable urges to do some very strange things.  Anyone under the age of 12 was seen acting out different farm animals for short periods of time throughout the course of the day.

Some children were seen clucking, strutting and flapping their arms like chickens.  Children were mooing and eating grass, oinking and crawling around on all fours, and others were barking, digging holes and burying things. It seems they may even have developed a taste for dog treats.

Children were not the only ones affected.  Adults also felt the impact of the programming.  Mothers everywhere were dropping whatever they were doing. They were overcome with the urge to bake cookies, and many even encouraged their children to eat them before dinner.  Amusement parks were flooded by parents wanting to go with their children to ride even the scariest of rides.  Landscapers everywhere decided on an industrial uniform change, mostly lingerie. They also made all the bushes into fun animals!

Teachers were showing up to classes dressed in flippers and swim goggles, and then only wanted to play games with their students.  Bakers gave away their treats on the street.  Bankers gave away too much money.  Police officers dressed as clowns told jokes and handed out balloon animals instead of tickets.  Doctors and nurses saved lives while dressed as their favorite superheroes.  It even affected thieves, who gave back things they stole.

Firefighters opened fire hydrants to let everyone play in the water, which almost led to a couple of fire mishaps.  Everyone wearing a Samsung Gear was going bonkers!

After a couple days of mayhem, Samsung realized the problem and sent out an urgent message for people to take off their Samsung Gear.  They quickly went to work correcting the programming error, but the people it affected for those days will never be the same.  Their minds took to the programming because it hit the center of their brains that wanted to be silly and play.  It’s possible that the programming could wear off after a period of time.  In the meantime, enjoy having fun with those affected!