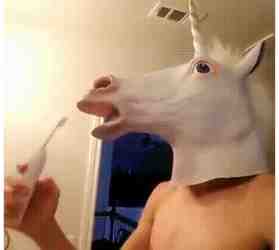 The beating of the drum-

well, I mean it’s more of a camera flash- but can you hear it?

Can you see them? Their phones up to their faces? The intensively disturbing faces these people make?

and the insane/brilliant vines they make?

What about the statuses?

Goodness me what do we call this wave of social media? It’s on a completely different level! it’s as if the fathers of this new generations- OUR generation (blessed be their names! Mark Zuckerberg,Evan Williams- oh! David Karp!! The Zeus of Social Media Gods!) will never run out of ideas for people to interact (and for those people beocoming ‘famous’ on Vine, or Instagram).

But lets be frank,

Instagram stole Vines idea, and made it better, but Vine videos will always be better than Instagram videos. Twitter is a place for people who post WAAAYYY to many statuses, and for revolutions to start, and Tumblr..

Well I mean.. there is no definition.

It’s as if he human race is all submissive to the power of The Gods. As if the internet has lassoed a rope around our minds, and is slowly pulling us in like

Is there anything we can do about it?

You ask, frantically trying to protect your children from the Twerk videos, teens hash-tagging YOLO, as saying #firstworldproblems and using emojis in everyday speech.

Of course not, no. NO. Not unless you just don’t go on Facebook and you have no desire to see what your friends are up to. Not unless you work in a job that requires no human interaction! Because lets face it! Everyone and their grandmother has a Facebook page, even to go as far as pets that even have Instagrams!

There is no getting away from the tsunami that’s coming. There is no escaping. There is no such thing as high ground- especially when it comes to Tumblr- Actually, Tumblr is more of a bottomless pit that you fall into, and you just into.. or you’re pushed into it.

everyone gets sucked into social media, rather oyu like it or not, you’ll be forced to. Kinda like you are forced to enter your name in the Hunger Games, expect the outcome usually isn’t death (if you are using the internet correctly).

Let it brain wash you.
The person who created thi could also join the list of The Social Media Gods. So far we have three major Gods, who is next?

If You Can’t Run With Scissors, What Can You Run With?

Funny Words That Start With H