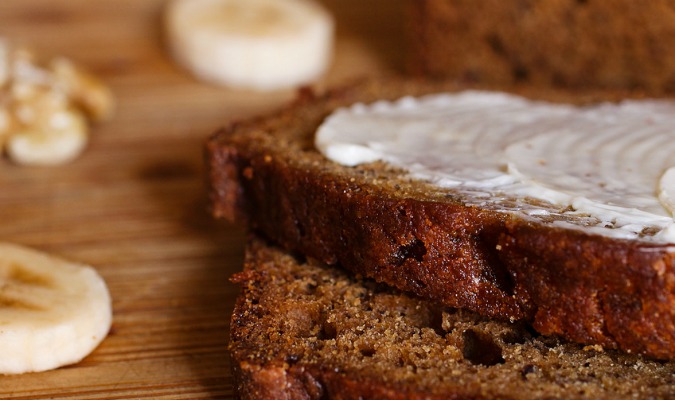 You’ve always loved your grandmother’s banana bread. And you’ve even learned how to make it on your own. And while you know how to make it delicious, you’ve always felt like there was something missing as far as the fulfillment you were gaining from the process. After agonizing over it for days and trying to sort through the emotions in your head regarding banana bread, you’ve come to an epiphany – it isn’t your recipe. You can’t take credit for it. The only thing to do to restore order to your life at this point is to create your own twist on your grandmother’s banana bread recipe. You’ll need the following:

Now, you are ready to do some improv in the kitchen and make some crazy, unique banana bread that is yours and yours alone.

How to Make Banana Bread – Mash and Smash!

You’re supposed to use very ripe bananas to make banana bread. But in order to feel that sense of accomplishment you need so much, you should feel free to put your own spin on the classic banana bread recipe. If you are trying to cut sugar out of your diet, why would you want to use ripe bananas that are full of sugar when you can use the green ones that have very little? You should really feel free to customize your banana bread and make it whatever you want it to be. If you want to add a little bit of texture and character to your banana bread, toss little bits of banana peel in there too! Mash all of that up into a paste with your hands, the mortar and pestle you use for your wacky science experiments, whatever you want to use.

How to Make Banana Bread – Mix It Up

Now is perhaps your best chance in this whole process to get creative. Take two bowls. In one of them, blend the salt, baking soda, and flour. In the other, mix the butter and brown sugar. Slowly add the mashed banana to the butter mixture, so that it is evenly distributed throughout. If you want to make sure that it is added in very small amounts, you can push that stuff through a water strainer or stir in a pinch every five minutes until it’s all gone and years have passed. Then, mix everything together. You can also add other things to give your banana bread additional flavor. Maybe you want to add a few rotten apple seeds, or maybe you don’t know what else to do with that pile of dog vomit on the floor…

After you’ve poured your mixture into a baking pan and popped that bad boy into the oven, it’s now a waiting game. There’s nothing you can do except wait for your oven to do its work. Except…if you’re really desperate for it to be done as soon as possible, you can crank up the oven heat to the highest level. You might even end up with more distinctive banana bread, as letting it bake at a ridiculously high temperature will make it so that you not only have regular boring old banana bread, but a burned outer layer and an inside that is still mostly batter.

How to Make Banana Bread – Let It Cool Down

Once you’ve FINALLY gotten that banana bread out of the oven, you have to let it cool to a temperature that won’t burn the skin off of your tongue (unless you’re tired of your tongue skin and want to get rid of it instantly, of course). Just like having it in the oven, this is a waiting game. And also, just like the baking part of the process, you can speed it up in a few different ways. You can dump the banana bread into an ice bath or have your snobby, ice cold roommate touch it with her finger and instantly freeze it solid.

How to Make Banana Bread – Go Bananas with Additions!

A lot of people think that the hardest part of baking is that the thing solidifies, meaning you can’t modify it once it’s started to harden. If you were making banana soup, for example, you could do taste tests and then add in a pinch of cinnamon or a gallon of pickle juice as necessary. Not the same situation with banana bread. But the good news is that you can change the taste of the overall product after it’s all baked – by smearing things on top! If you realize that using those unripe bananas resulted in nasty, tasteless banana bread, you can just smear some sugar on top. If you think it’s too sweet, you can pour some vinegar or salt (or both!) on top of your loaf of banana bread. Just keep slapping crap on top until the result is to your satisfaction.