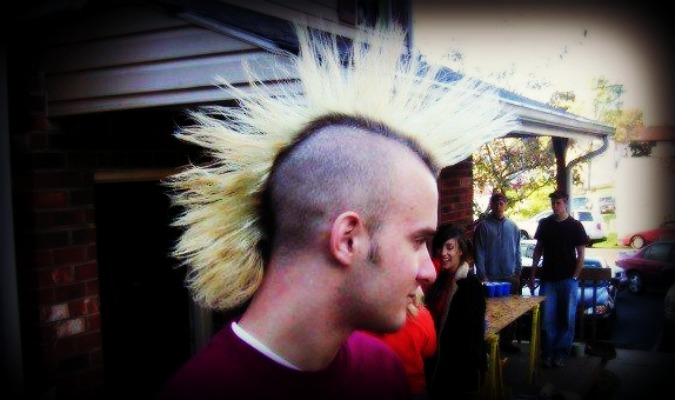 Almost everyone knows that there are tons of uses for hydrogen peroxide around the home. However, what people generally don’t know is that you can get even more creative and get even more out of that little brown bottle in your medicine cabinet. Just make sure that you remember that it’s light-sensitive, so that you don’t go shining any flashlights into the bottle. It may seem tempting to do this because you’ve always wanted to see what the bottom of that bottle looks like under a bunch of hydrogen peroxide, but you’ll end up ruining your hydrogen peroxide and not being able to try out any of the awesome household uses for it listed below.

One common use of hydrogen peroxide is to help heal bruises, cuts, and boils. A lot of people have all sorts of skin issues when it comes to their feet if they are wearing uncomfortable shoes and have to be on their feet all day. If you are working as a waitress at that popular restaurant that only sells fish tacos and maraschino cherries, you are almost bound to have some foot issues.

Get Rid of Bacne!

You like wearing the same clothes every day to the gym. It makes it so that you have a lot less laundry to do, because we all know going to the gym stinks up your clothes. So you wear the same gym clothes every day, and they just get progressively stinkier as you do all those cartwheels on moving treadmill belts. It’s not like you can toss just a shirt and shorts into the washer by themselves, because…well…what a waste of water that would be. The worst part of this is all the bacne that you’re having to deal with because you’re wearing nasty gym clothes that are becoming progressively more and more covered in your filth.

Brighten Up a Room!

You have seen people get great results when using hydrogen peroxide to bleach or put highlights in their hair. When your friend Marjorie did it, it got her all sorts of compliments, and she even got a date with that gorgeous hobo who lives in the dumpster behind the grass-flavored cough drop store! So what’s stopping you from taking advantage of hydrogen peroxide in a similar way for yourself?

You’ve always thought the interior of your house was too dark. You didn’t get to choose the paint colors and couldn’t help that the person who lived there before you hated all things light and happy. But you don’t feel like doing a full-on paint job, so you just left it as it was. But the good news is that with hydrogen peroxide, you can make a change. All you need to do is splash some of it all over your walls, and you will have nice light streaks all over your house!

Hydrogen peroxide can be used to disinfect and refresh cloth shopping bags and other bags that you reuse. A lot of people don’t think it’s worth it to do the same with plastic and paper bags from the grocery store and prefer to just throw them away, but this is such a waste! When you’ve made the trip to the grocery store to buy all of those angel food cakes with cilantro flavored icing and turkey burgers with cherries mixed in, don’t you think you should get use out of the bags as well? Also, having to get new bags from the grocery store each time and then having to throw them away just increases the amount of trash that you have to go through every week when you are looking for your valuables that you’re sure your roommate threw away. So freshen up your plastic and paper bags with hydrogen peroxide and use them over and over again until they are so full of holes that they can’t do anything anymore!

A Perfect Day For Banana Soup

What Do Monkeys Eat