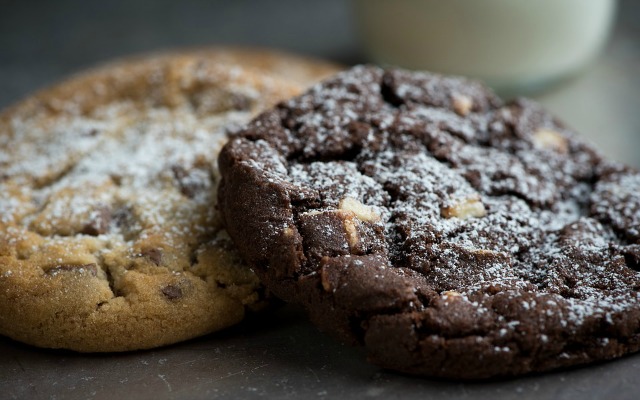 The name “apple cider vinegar” might be confusing to some people. Apple cider is known to be sweet and delicious, while vinegar is…not. However, apple cider vinegar somehow manages to combine the two concepts to create something that is pretty awesome in itself. And if you’re the type of person who likes hot dogs with chocolate sauce and dried mustard dipped in prune juice, you might actually enjoy sipping a cup of hot apple cider vinegar on a cold day too, given that your taste palette is…um…unique. But outside of that, there are so many things that you can do with this stuff, and you should definitely go out and buy gallons of it posthaste!

You love your new puppy more than you ever thought possible. He’s cute and sweet, and it’s so nice having a new companion since your best friend decided to run off and spend the rest of her life yodeling at chickens and trying to get them to understand her. But you can’t stand that your puppy keeps chewing up your favorite pairs of shoes. First it was your flip-flops, then it was your fluffy monkey slippers. It’s getting to be too much.

But never fear, a solution is here! Just soak all of the pairs of shoes you don’t want destroyed in apple cider vinegar! Your pup will absolutely detest the taste of it and won’t be going anywhere near your shoes ever again. That way, your shoes can remain intact. Weird smelling and wet if you plan to do this to them every day, but intact. You’ll get used to the new scent after a while, don’t worry.

You’ve always loved desserts. They’re the passion of your life. Cookies, brownies, cakes, ice cream, what have you. You can’t get enough. You really like apple cider too. So you assumed that when you tried to drink apple cider vinegar, that you would love it the same way you love anything else that has the word “apple” in the name. It turns out that you couldn’t have been more wrong. It’s sour and pungent, and drinking it on an empty stomach is perhaps the biggest mistake you have ever made in your life. But because of the name, you feel like it might make sense to mix it in with other things with sweet-sounding words in the name. Soak your cookies in apple cider vinegar instead of milk. Drink a glass of it with your cakes and brownies. Top your ice cream with a whole bunch of it. After a short time, you’ll be dreading your desserts instead of craving them.

Get Rid of That Hornets’ Nest!

One popular use for apple cider vinegar is to get rid of fruit flies. Fruit flies are naturally attracted to this liquid, and putting cups of it around your home will generally help a lot if you have an infestation. The fruit flies will dive right into it and never be able to leave. If you can do this with fruit flies, why not extend the principle to all of those annoying bugs around your house? Specifically, that hornets’ nest in your front yard. It’s really a nuisance. That nest has made it so that you are afraid to go outside, which is ridiculous because the home belongs to you, not them. So just cut that nest of little intruders out of that tree and let it fall into a bucket of apple cider vinegar! You should definitely prepared to get stung all over in the process, but you will give those horrible hornets the hell they deserve.

Get Your Serving of Fruit!

You’ve always loved fruit, so you’ve never had a problem getting the recommended number of servings per day of this delightful food group. Until now, that is. Now, you’ve moved to a new place, and the local grocery store has some of the nastiest produce you have ever seen. The apples look more like huge pieces of decade-old licorice. In fact, you’re not quite convinced that that’s not exactly what they are. So of course, buying fruit anywhere in your area is completely out of the question.

But here’s the thing – you do know that apple cider vinegar really is just fermented apple juice, right? As such, when you don’t have access to quality fruit, you can just knock back a cup of apple cider vinegar. Sure, the taste is terrible, but you can just chug that stuff and it’ll be gone before you know it. And it doesn’t exactly have the same nutritional value as an apple or a glass of apple juice, but you are trying to be healthy, and it’s the effort that counts.