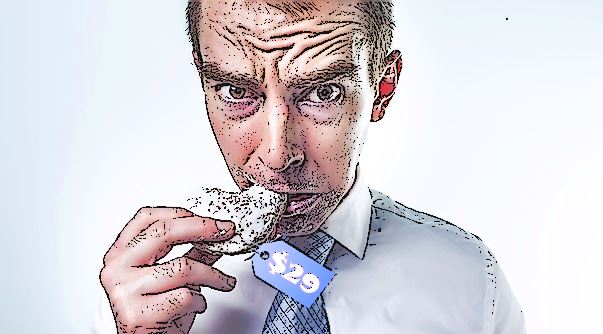 Last week Mario Batali, renowned chef and friend of Gwynetn Paltrow, challenged her to eat healthily on $29 a week ( a typical amount received by families requiring food stamps or SNAPS. )
This is what she bought. 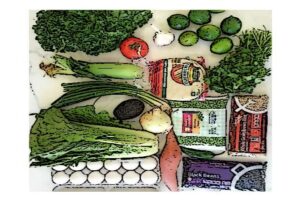 Gwyneth is approximately 5ft 9″ and 130 lbs with, some might say, not the most physically demanding line of work. Not exactly a 100 ft tall city devouring monster who has to destroy a city getting by on a small tub of bean risotto before an evening shift as a checkout girl in order to feed her little monsters back at home ( the sea, near Fukushima, Japan.) She is, however, a single mom with two kids.

So, did Gwyneth beat the challenge ?
Well …. No!
But I am sure she would have if she could then used it to make an omelet.

Not Chubby On Broccoli

Paltrow conceded defeat after 4 days, trading in her resolve for some chicken, fresh vegetables and half a bag of licorice ( Not a recipe suggestion. I suspect the licorice was a separate purchase.)
Gwyneth expected to apple crumble under the pressure of Batali’s challenge, although she admits on her blog ( goop ) that she failed harder and sooner than she anticipated.

Critics have labelled the outspoken actress’s endeavors to feed her family healthily and nutritiously on $29 a week as a publicity stunt but regardless of the degree that this might be true, Paltrow raised awareness and seems to have learned that it is easier to preach than practice on this issue. So, kudos for that.

Now Gwyneth knows that if Pepper Potts had only $29 a week to feed Tony Stark, his catchphrase would likely be,
“Hi … I’m Iron Deficiency Man.”
… or ” Nnnnnooooooo! Not more canned food! … It’s like eating babies!!! “