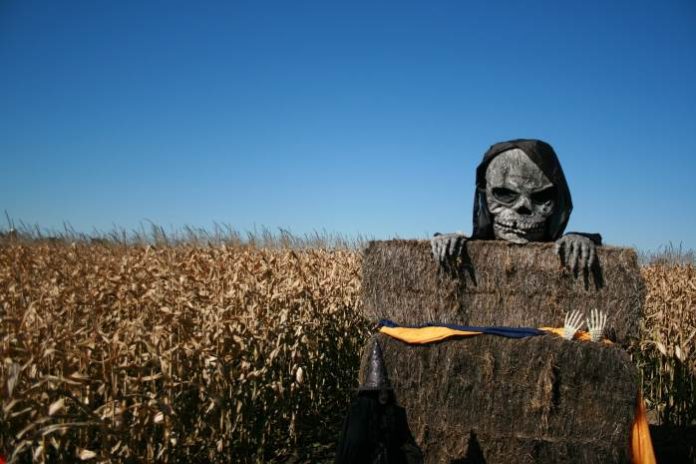 You’ve probably seen the usual Halloween banana costume, a long, yellow torpedo-shaped design with a convenient hole in the front for the wearer’s face. Embraced by this conspicuous peel, that wearer wanders from house to house or party to party, showing that he or she is the best Chiquita on the market.

Sure, the big banana costume is cute, but what if you took the basic theme and dressed it up a bit? Who knows, your creative thinking might make you the life of the party.

Take that basic banana costume, add some dreadlocks and a rastacap, and you have a Jamaican banana. A rastacap, also called a tam, is a tall, round headpiece that is crocheted, knitted or sewn.

For your Jamaican banana, make it tall enough to sit on the top of the banana costume. Design it using the colors of the Jamaican flag, black, green and yellow. Put a pair of lazy eyes and a great big smile on the banana’s face. Use strategically placed peepholes to see. Put in the armholes and keep the bottom open for walking and you’re set to go. By the way, the rastacap is usually worn by men only, but since no one knows how to tell the gender of a banana, gals in banana costumes can get away with pulling off this crazy look.

In the United States, apple bananas are mostly grown in Hawaii. They look like regular bananas except they’re shorter and plumper, making this idea perfect for those that need a bit more elbow room in their costumes or are simply height challenged.

Make the banana costume as usual, add a flower lei, a grass-style hula skirt and some strategically placed coconuts and you have the perfect lady Hawaiian apple banana. For a the guys, exchange the lei for a Hawaiian fish hook pendant if you like, but it’s perfectly acceptable for men to wear leis.

If you’re ambitious, trade the hula skirt for a malo, an underwear-like garment that covers just enough to keep things decent. But hey, you’re only covering up the banana, so there’s no chance of a wardrobe malfunction.

The Minions, from the “Despicable Me” movies, are very hot at the moment. Everyone loves the little critters that speak a version of English/Pig Latin and who knows what else. Minions love bananas. It’s their favorite snack.

The Minion costume could be a simple pull-over with the trademark blue overalls and round silver glasses painted or sewn on. Or, put on a pair of blue overalls and a long-sleeved yellow shirt or sweater. Find or make an oversized pair of glasses, one or two lenses, and you’re set. The bananas are used as props, tucked in a convenient pocket or elsewhere. You might want to carry more than one in case you’re tempted to have a snack.

For the daring, you could forgo the overalls and dress all in yellow, preferably using leotards or tights. You’d resemble a Minion baring it all before plunging into a swimming pool, floaty toy in one hand and a banana in the other.

20 Funny Back To School Jokes To Annoy Your Kids

7 Best Monkey Photos Of All Time