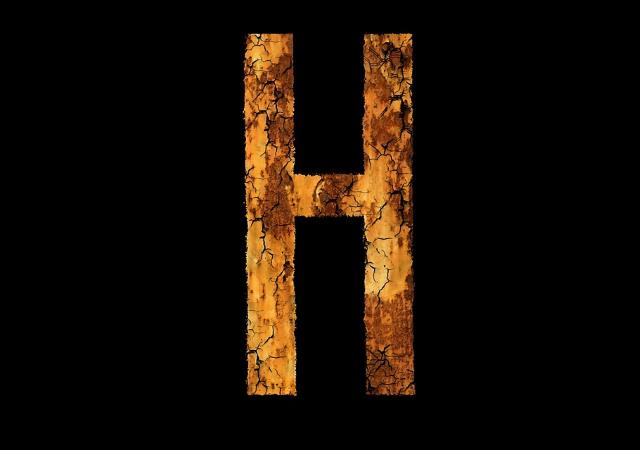 What the heck has H ever done to you that it deserves this kind of hilarity?

Somewhere back in time, Rachel Ray must have had a previous life. Because this combination of “horrible” and “terrific” is just something she’d come up with, right? Yet, it’s a valid word that’s been used for decades. The weird thing is, horrible is, well, horrible; but terrific is a word we’ve come to use as being great or awesome. In the dictionary, though, terrific can mean terribly, awfully bad. As in – fills you with terror. Kind of like certain recipes.

Talk about terror. You’re minding your own business, looking for your lost sneaker. When what to your wandering eyes do appear but eight tiny hairballs floating toward you from beneath your bed. Let your imagination run wild, because no scientist has ever explained the phenomenon of how lone, single hairs disbursed throughout the house, suddenly all communicate with one another to form the alliance known as the dreaded hairball.

Go with me back in time to the days of jive and the TV show, Welcome Back Kotter. White people were referred to as “honkeys” by African Americans. I’m not sure why this term was supposed to be so apt, but I’m going to presume it has something to do with white noses. I don’t know. But I feel it was a pretty benign term, compared to all the other bad words they could have chosen, and especially compared to all the bad terms that some whites have come up with for African Americans. Honkey could even be considered an endearing term. Unless you really do have a gigantic nose and a nasally voice.

Talk about tedious. A hairsplitter is someone who splits hairs. They look so far into the details of everything, that nothing ever really gets done. A hairsplitter will analyze the words you use, the way to do the most minute tasks and the way you look. Ironically, because of the stress involved, hairsplitters tend to be bald men with very little hair at all. Whatever you do, don’t let a hairsplitter near your head.

Jerry Seinfeld knew how to handle hecklers. Those annoying people in the audience who antagonize a perfectly good comedienne in the  middle of their routine. Imagine going on a first date with a guy, and discovering that he’s a heckler? “So, what do you do for a living?” “I’m a heckler. I heck.” “I’d love to see your work!” “Great! There’s a stand-up comedy show around the corner. Let’s go!”