Home Nonsense Funny Articles Can You Eat Too Many Bananas? 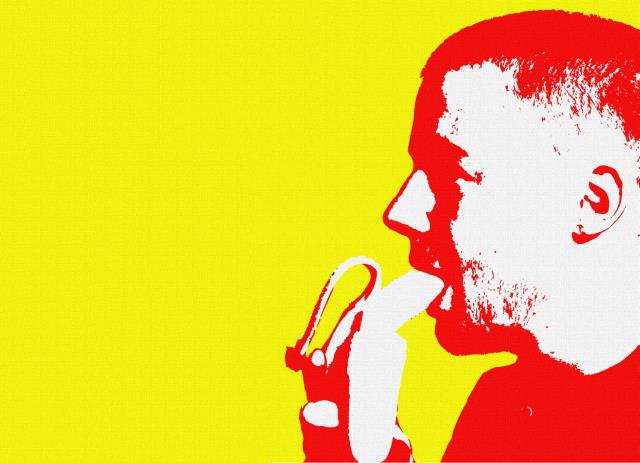 You actually can eat too many bananas, but it takes hundreds to be fatal. To get a better idea of their potency and the potential dangers involved, here’s the story of George Trickle.

George Trickle dreamed of retiring on a beach in the Bahamas, but he was not rich. He had always been a somewhat ruthless type, so he decided the easiest way was to become an assassin. After a few jobs, he could follow his dream. The problem was his fear of guns, so he had to find another way.

One day, he heard about a man who died from eating too many bananas, and the wheels started turning. A murder without a weapon — brilliant! George had a plan and only needed a target. He decided to tack an indiscreet note to the bulletin board at a high-end beauty salon. “Murder without a weapon,” his note read. George figured he would find an unhappy wife with a husband in the way, and he wasn’t disappointed.

Two days later, he received a call from Delilah Schmoop. She would pay him $50,000 to take care of her husband, Earl. The date was set for the next Monday when she was out of town. George went to work by scouting the house and buying bananas and duct tape.

When Monday came, George was ready. He was scared but pushed forward with his mind on the beach. He entered by the backdoor, which was unlocked as promised. George went in and prepared for Earl’s arrival. He hauled the boxes of bananas into the library along with a straight-backed chair borrowed from the dining room. Then he waited.

When he heard tires crunching on the driveway, George readied himself behind the door with a club in hand. Earl stepped into the room, shut the door, turned around and took a blow to the forehead. George flipped on the light and found Earl sprawled on the floor. Grabbing his feet, George dragged him to the library and into the chair, where he taped his hands and feet.

As he finished, Earl woke up and started yelling. George knew it was time to get to work. Earl was pretty confused when George stuffed the first banana in his mouth. He tried to spit it out at first, but Earl pushed his jaw shut. What the heck, it’s just a banana, Earl thought. So he chewed it a couple times and swallowed quickly. “What’s goin-” he started to ask, but another banana came in as soon as he opened his mouth.

It continued in this way for a while. Earl had always enjoyed the occasional banana and didn’t really mind. Maybe this guy just gets some weird pleasure from this. It could be way worse, he thought. Earl decided to humor him and keep eating.

After about 30 bananas, Earl was full and feeling a little drowsy. George shook him awake, but after a few more, he was gone. Earl dropped off to sleep with a satisfied grin on his face. (George didn’t know bananas have a small amount of tryptophan. Tryptophan can cause drowsiness in large quantities, the same way it affects people after eating a big Thanksgiving dinner.)

George wasn’t sure what to do next. He couldn’t stuff more bananas in Earl’s mouth to choke him because it would leave evidence. He slapped him harder and yelled, but nothing moved the snoozing man. George banged pots and pans next to his ear and blared the television, but still Earl snored. Just as he raised his hand to slap Earl another good one, the door burst open!

A concerned citizen had called the cops about all the noise George was making. He saw the officers and turned to run, but he slipped on a banana peel and hit his head. George went to jail in traction, and Earl woke hours later feeling completely rested.

Earl’s wife ran off with the gardener. Earl couldn’t eat bananas for years. And George “Banana Boy” Trickle spent the rest of his life in prison, wishing he hadn’t told his cellmates what his crime was.