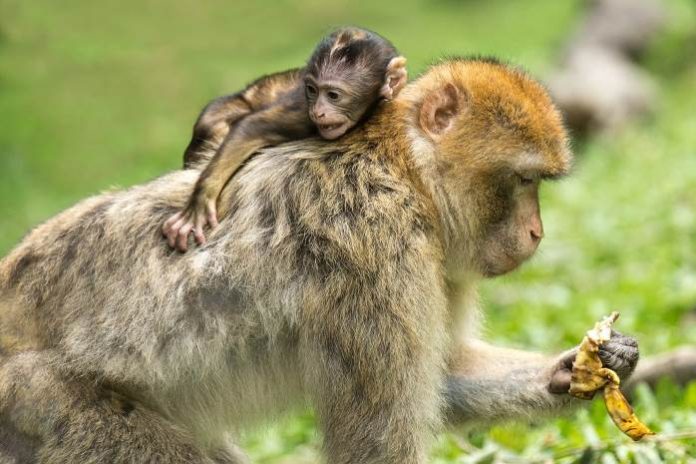 Unfortunately for monkeys, there are no all-you-can-eat buffets in the middle of the jungle, which means they have to get creative with their meals. While some of the cuisine is seemingly mundane, there are other items that will make you cringe. Below are some of the treats and entrees they get to dine on in the wild.

Monkeys eat a whole variety of fruits including the classic banana, but it’s not because they’re watching calories or trying to sculpt their bodies. On the contrary, many fruits are found in the trees and are an easy, low-risk way to eat without becoming exposed to predators. Monkeys are intelligent creatures, and it makes sense they’d decide to dine in instead of going for take-out food. The jungle is a mean place nowadays, and there aren’t many Taco Bells opening up in downtown Junglia.

Bugs are not what most humans would consider an entree, but monkeys are far less pretentious when it comes to sticking spiders, ants or other creepy-crawlies in their mouth. A monkey has got to eat something other than bananas, right? There are so many different types of insects in the jungle, it only makes sense for monkeys to dig in. Bugs are a good source of protein and they don’t put up much of a fight.

When food supplies run short, some monkeys turn to a rough alternative to make it through the day. They will actually eat tree bark and tree sap in order to stave off hunger. Not all types of monkeys will do this, but most will. It’s hard to believe that a monkey would consider something so bland and abrasive as an entree, but monkeys are not ordinary creatures. They are not worried about having hard times when it comes to dinner.

When it comes to being hungry, monkeys don’t play around and there is no shame in their game. If there is no other food source, there are some species of monkey that will drop to the ground and eat dirt, in an effort to live. Talk about a survival instinct. It’s a tribute to the determination and perseverance of monkeys that they would stoop so low, only to swing high in the future.

Monkeys are certainly entertaining creatures. They have to get creative when it comes to lunch and dinner, and their choices can be a little eye-opening. In a figurative sense, monkeys must have stomachs made of iron if they can eat things like bark, insects and even flowers.

5 Good Excuses For Calling In Sick To Work