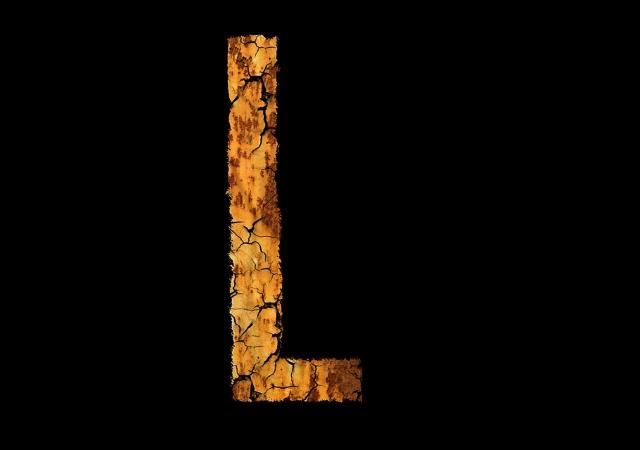 Let’s have some laughs at L’s expense, shall we?

When I was a little girl, my mother always used to tell me, “C’mon, don’t lollygag now!” Now that I’m grown up, I realize she wanted me to hurry up, but at the time I thought she was warning me not to choke on my TootsiePop!

If someone calls you lackadaisical, they mean that you are lazy and disinterested in what’s going on. But if you take the time to look up lackadaisical then you certainly aren’t that, because it takes energy and interest just to figure out how to spell the word! So don’t bother. Just pretend you don’t care what it means.

The person who gets the last laugh always wins, don’t they? Even though there’s no monetary prize, it’s considered very valuable to get the last laugh. In fact, you could make some enemies if you take the last piece of a laugh pie. “Hey! Who had the last laugh! I was saving that!”

If you say “leg it,” you’re telling someone to run away quickly. If you say legit, you mean that something’s entirely legitimate. In which case, they shouldn’t need to leg it.

A Lilliputian is another word for a small thing or a small person. So if you name your newborn daughter Lily and your last name happens to be Putian, you should be prepared to have a very short little girl. It’s all in the name, folks.

Loquacious people are very talkative. As in gabby. As in, won’t shut up. Even though it sounds quite sophisticated to be loquacious, it really just means other people wish you’d stop talking for two seconds so they can speak.

Sorry, but no matter how you try to dress it up, lard is just fat. Such an inelegant word should never appear on a restaurant menu. “Soft Mexican quesadillas made with lard.” Yummy! You can call someone a lardo, too, which means they have a few pounds to lose. Even saying the word “lard” makes you want to have a small salad for lunch. A Lilliputian salad with the dressing on the side.

A Teacher Calls Her First Grade Class In From Recess…