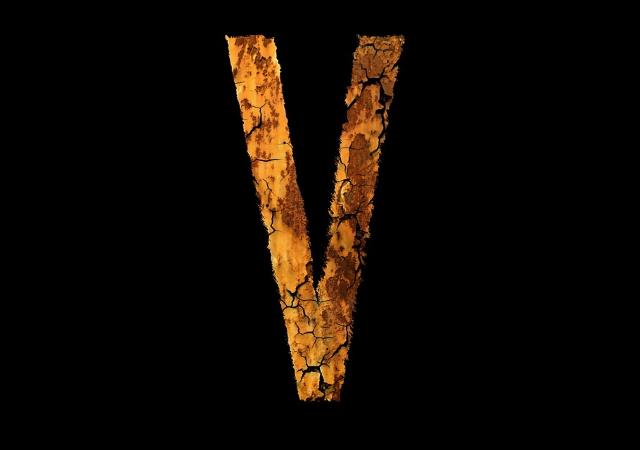 V is like the spare part of the alphabet. Like one of those rusty old pieces of junk you have lying around in your garage and you pick it up and say, “I guess I could make something out of this.” But V still tries to be all sophisticated, right? Check out these V words.

This is a word that you hear being bandied about in snooty financial offices. It’s perfect for V because the people who use it like to put on airs, too. “There are simply too many variables for me to give you a straight answer. Just let me keep beating around the bush until I wear you out.”

A variance is a departure from the rules. Like if you want to build a shed on your property, but there’s a regulation against it, the town council can give you a variance. You can usually get a variance if you a) are friends with the councilman, b) are the councilman’s son’s baseball coach, or c) have buckets of money and everybody in town wants some. Seriously, that’s how it happens.

Veritable is such a unique word that is has no synonyms. It means real or genuine. It’s perfect with the other words we’ve covered so far. Let’s try it out. “This variable variance is a veritable disgrace.”

“Oh, now you’ve vexed me.” See that? It means angered, but it’s a lot less potent than anger. If you’re vexed, it means your brow might be a little furrowed, or you might shake your head a little bit. But you’re still willing to hold hands. If your boyfriend or girlfriend ever expresses vexation at you, don’t even worry about it. You just do you.

Obviously, if you’re vocal you like to talk a lot. Saying that someone is vocal is never a good thing. It’s a nice way of saying that you wish they’d shut up. “Gee, your dog is really vocal, isn’t he?” That’s code for,  “One more night of barking and I’m calling animal control.”

Vamp is so weird. It’s used mostly as an insult, but it just refers to showing off. The word sounds like a cross between a hooker and a floozy. Well, hookers do show off. And floozies do flounce. So vamp would be a great new word for that.

A viceroy is the ruler of a country, and it sounds regal. Viceroy [insert your name]. Don’t you just love the sound of that?

“Tee hee hee!” Stop that. To vacillate simply means to waver between two or more choices. As in, “I’m vacillating between marrying the viceroy or the vamp. But the viceroy is too vocal and the vamp is too variable. The decision really has me vexed.”

The Month Of Living Thankfully