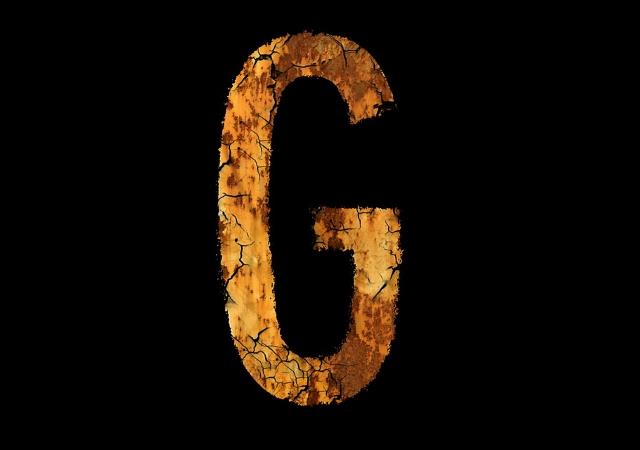 Get ready to guffaw over these eight funny words that start with G.

The next time someone just won’t shut up, say, “Will you please stop gabbling!” That’ll make them take notice. It’s almost like something you’d say to a turkey. “That gobble gabble is going to land you straight in the oven!”

I love this word. You can use it whenever you don’t know how much something is or how many there are. It’s too bad more adults don’t use it more often. Usually just kids use it because they have no sense of quantity. “How much candy did you get?” “Gobs!” But if adults used it, corporate life would be much more fun. “Madison, how much time will you and your team need to implement the new, incredibly boring computer system?” “Oh, I’d say we need gobs of time, sir. Gobs of time.”

A git is a British person who is useless. “Get out of here, you git. You’re not helping at all.” That’s what English bosses say to employees who don’t perform their job properly. In America, that git would go straight to the attorney’s office to file a wrongful termination suit. But gits don’t do that in England. They just go and get some other job where their git quality is more valued.

If your spouse has gamophobia, you should buy wedding insurance, because gamophobia is a fear of marriage. Usually it’s called “cold feet,” but everyone seems to pooh-pooh cold feet for some some reason. “Oh, you just have cold feet, dear. Everyone gets that.” But if you say you have full-blown gamophobia, people will take you more seriously and you won’t have to get hitched. Just make sure you get a doctor’s note.

If you call someone a goon, you’d better hope they aren’t really a goon. If they are a genuine goon, you might be in for a whooping, because goons are super tough guys who don’t fool around. And they don’t like being called goons, either. So you’d better duck. Gardyloo! Gardyloo!

A ginnery is the place where cotton is ginned. I bet in school you learned that Eli Whitney invented the cotton gin. But did they ever tell you what the heck a cotton gin is? Yeah, me neither.

Talking Dog For Sale | Funny Joke of the Day