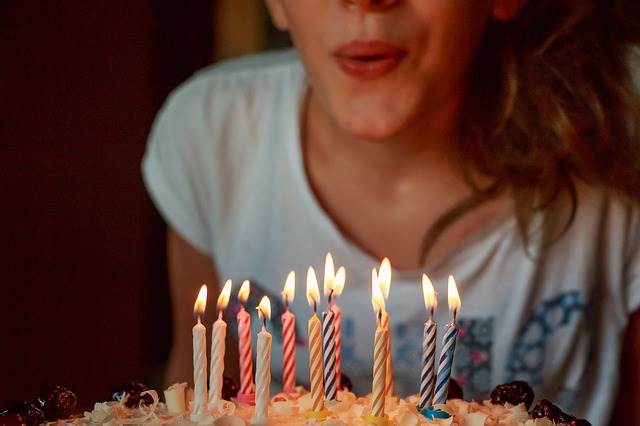 After a certain age, usually around 35, most folks don’t like the idea of getting a year older. As a kid it was great. Birthdays were an annual opportunity to get a present you really wanted. But in adulthood, the presents are few and far between, and instead there are more reminders of getting older. So if you were king for a day and could wish anything you desired on a birthday, here are 10 wishes everyone should consider making.

1. A Wish For Your Mother-In-Law

A wish that she would disappear for a week or so. It isn’t even that you don’t like her, it’s that you just need a little break.

You’ve heard of the saying, “When pigs fly,” but if your dog could fly to chase after cars, that would be one heck of a thing to see. Of course, you might want to hide after Spot inevitably causes an accident.

3. A Wish For Your Child’s Goldfish

…to just kick the bucket already. Yes, it sounds morbid, but how many times did you have to clean the fish tank because he couldn’t reach the top? Goldy had his run and did his thing, but it’s been a few years now. Sorry, Goldy.

4. A Wish For Anything But Clothes

Why is it there’s always one moron who gives you clothes on a birthday? What’s up with that? Maybe clothes are all they ever got for gifts. Aim higher than clothes!

…to spill coffee on himself/herself 9 a.m. Monday morning. Hey, we’ve all had one of those bosses. And he or she would have deserved it, too.

Not too much, you know? Like a B-list TV actor or something. That way the paparazzi don’t follow you around everywhere and it isn’t a scandal if you wear a hoodie outside when you’re feeling lazy in the morning.

Like a dog or cat that your child actually can clean up after. Hopefully.

The Day That Made Me Ceiling Cat