Jolmes and Mustrade took Jolmes’ opium shrimp on several adventures around the city. Jolmes even outfitted them in tailored suits and enrolled them in crustacean college. But the mystery has been temporarily forgotten. Meanwhile, Jolmes has insulted Mustrade by saying he isn’t really French!

Will they get past their disagreement? And will they be able to get back on track and solve the mystery? 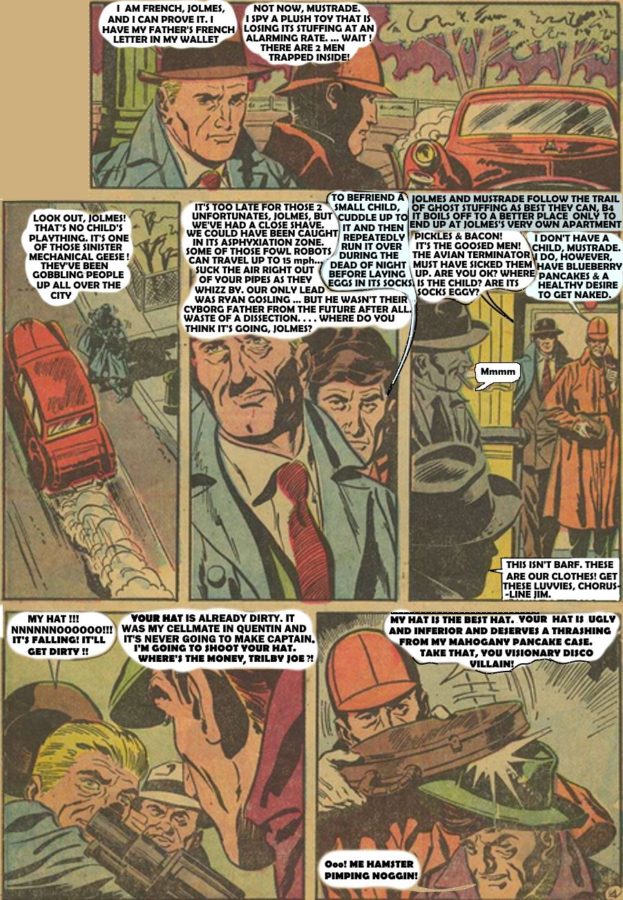 Come back next Saturday morning for the exciting continuation of the saga!

Part 2: Too Much Onion