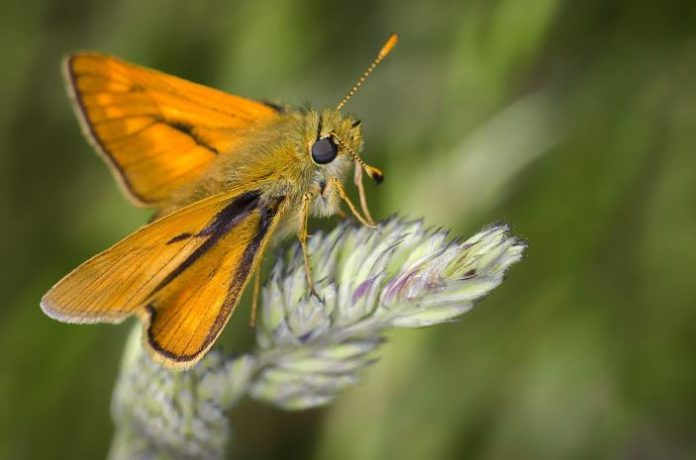 This is a long one, so stick around until the end. It’ll all make sense. And just to clarify, everyone in this story is, in fact, a moth.

Young Johnny Moth is taking a walk on a bright summer day. He had a rough life at home.

His parents constantly made fun of him, and he would always go up to his room and cry.

So he’s taking a walk through the streets, and he sees a large sign that says in big letters, “County Fair.”

He decides to go in and check it out; he has some money on him. He walks around for a bit, and then he sees the Shirt Eating Contest.

He thinks he might have a good shot at this; shirt eating has always been a hobby of his. He signs up. It costs $5. He sits down at a long table with about 10 seats. Each seat has a plate with five shirts neatly folded and stacked in front of it.

Everyone sits down and the director yells, “3! 2! 1! Eat!” and he shoots a blank from his starting pistol. And Johnny starts eating. And eating. And he’s eating. He’s eating fast. He’s finishing his shirts before everyone else.

He’s finished his fifth and last shirt before anyone else has finished their second. He starts running around and eating everyone else’s shirts. And he wins!

Johnny takes his prize and leaves. Before he gets far, he gets a tap on the shoulder. It’s the director. “You did great back there. What’s your name?” he asks.

“Well, I’d like you to participate in the Regional Shirt Eating Contest this Saturday right here. Are you interested?” he asks Johnny.

“Great! I look forward to seeing you there.” And with that, the director leaves.

Johnny goes home and tells his parents what happened. They call him fat, and Johnny goes up to his room and cries.

Soon, it’s time for the contest. He prepares himself and goes to the area. He’s the first there, so he decides to take a short walk around.

Then he returns to his seat. Everyone else slowly comes in.

“Attention, all contestants! There are two winners of this tournament. The winners are invited to the National Shirt Eating Contest on Thursday. The first two to finish their plate of 10 shirts wins! On your mark, get set, go!” yells the director through a bullhorn, shooting a blank from his starting pistol.

He jumps around to everyone else’s shirts after the second person finishes. Johnny eats a total of 48 shirts. He wins!

Everyone congratulates him, and he runs home with his trophy. The Nationals! It’s a very big deal, and he’s very good at eating shirts.

He tells his parents. They punch him, and he goes up to his room and cries.

Thursday comes. His flight to Chicago is early in the morning.

He takes his bags and leaves for Chicago. He checks into his hotel and gets some rest before the big night.

He wakes up and starts exploring the city. While walking, he bumps into a moth who is much larger than he is.

“My name is Freddy Mothinson, and I’m gonna kick your butt in the contest!”

“Oh …” murmurs Johnny. He walks away.

So it’s now time for the contest. Everyone goes into the hotel ballroom at the table where eight people sit in a circle.

“Welcome, champions, to the National Shirt Eating Contest! The two contestants to finish their five plates of four shirts each will be invited to represent North America in the World Shirt Eating Contest. Ready, set, go!” says the director, firing a blank from his starting pistol.

And Johnny starts eating. And eating. And he’s eating. He’s eating fast. He appears to be finishing his shirts before everyone else.

He looks over at Freddy. Freddy is mass-consuming the shirts. He’s winning by a landslide. Johnny hurries up on his shirts. He gets second place without any trouble.

The director congratulates the two on their performance.

“Hey, punk. Don’t think you can stand a chance against me at the finals. I’m gonna kick your butt again!”

“Ah …” replies Johnny, who walks to his hotel room to get a good night’s sleep.

He returns home the next day, to tell his parents what happened. His parents fart on him, and he goes up to his room and cries.

He wakes up in the morning to find a letter on his doorstep.

A letter from the president! This is huge.

He opens it and starts reading.

“Dear Mr. Moth. I saw your performances in Chicago on the television, and I was amazed at how determined you were eating those shirts. I will be coming to Paris to see you eat shirt in person. We’re rooting for you! Barack O’Motha.”

Johnny is very excited. Paris is in a week. He books his plane tickets and goes to sleep. He sleeps a lot.

Six days pass, and it’s time to go to Paris. He says goodbye to his parents. They throw things at him, but they miss and Johnny runs while crying.

He gets to the airport and boards the plane. Luckily for him, he’s upgraded to first class for free!

He takes his new seat and finds out it is next to a very pretty lady.

“I’m Clara. Nice to meet you!” she says, giggling.

They talk and flirt the entire plane ride, and Johnny finally gets the courage to ask her out.

“Um … do you want to have dinner on the Eiffel Tower at 7:30 after my contest?” he asks, his cheeks still completely red.

The plane lands, and Johnny goes to his hotel for a good night’s sleep. He wakes up, and it’s his big day.

He explores Paris for the day, walking around until 6:45. The contest is at 7:00. He hurries over to the park where the event is being held.

He sits down with the seven other contestants.

“Bonsoir, monsieurs. Today, we are happy to hold the World Finals for Eating Shirt. Of the eight contestants, only one of you will claim victory. You must eat your 30 shirts before anyone else. 3, 2, 1, go!” says the director, firing a cannon.

Johnny and Freddy look at each other and then dig in.

They’re tied, but both ahead of everyone else. Johnny wants to win. He knows that O’Motha and Clara are watching.

But Freddy is pulling ahead. He’s ahead 17 shirts to 14. He’s eating faster!

And then Johnny thinks of his parents. What will they do if he wins? Nothing. Nothing! The hatred is flowing through him. He eats vigorously. He’s eating a shirt every three seconds.

He wins in a landslide.

He celebrates! He dances around, and Freddy slams his plates onto the floor and walks away.
The director congratulates him and the crowd cheers. O’Motha comes up and shakes his hand. He is given his award of 500,000 euros.

But Clara isn’t there.

He hangs around for about 10 minutes, but still no Clara.

He decides to look through the telescope to see the City of Love.

He sees a beautiful view. But then he looks into a restaurant. And what does he see?

He sees his lovely Clara having dinner with Freddy Mothinson.

Now, Johnny Moth had cried a lot in his life. But when he saw his lovely Clara having dinner with Freddy Mothinson? Well … boy, have you ever seen a moth bawl.

How Not To Make Homemade Fireworks

What To Do When Bored At Home