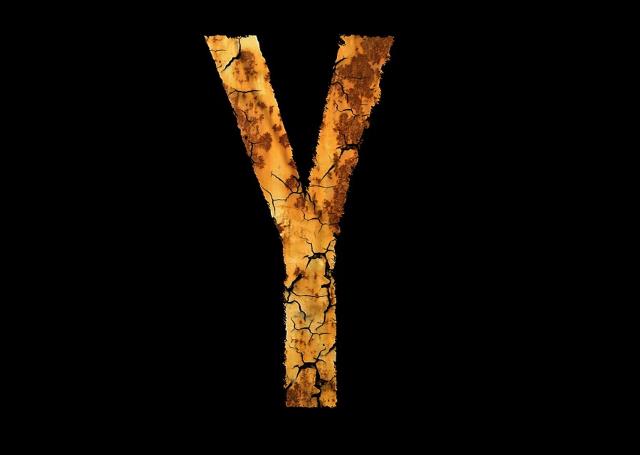 Y is the loneliest letter you’ve ever read. Y spends all its time hanging with Z, who is always asleep. Let’s show some love to Y.

Before it became a popular review site, it was the word people used to describe a dog’s desperate bark for help. Which rhymes with yelp. Maybe it was some person who was hard of hearing, and they heard this dog barking in distress, and they thought the dog was a kid, and the kid was crying “Help!” but the hard-of-hearing person actually just heard “Yelp!” which was the dog, except they thought it was a kid. It makes a lot of sense when you think about it. (Think harder.)

No, we didn’t misspell “yellow.” “Yello” is a different word, and it is how some people answer the phone. You always need an exclamation mark after it because anyone who answers the phone with, “Yello!” is always extremely delighted to be getting a phone call any time of the day or night. You can hear it in their voice. “Yello!”

Of course, a yodel is a kind of weird activity where a person stands on a hill, usually alone, and kind of holler/sings. They call that a yodel. We call it odd. Then someone went and made a snack cake and named it a yodel, so now we call it delicious.

A yoot is a young person, according to Joe Pesci in the movie “My Cousin Vinnie.” We go along with it, because no one should argue with Joe Pesci about anything, for obvious reasons.

If you give someone a present and they open it and say “Yowza,” you know you got them something they love. “Yowza” trumps “wow” in the Excited Department. “Wow” could mean anything, really. Like, “Wow, did you really pay money for this piece of crap?” But “yowza” is always good. “Yowza! You must have spent a fortune on this!”

Don’t laugh. If you had a yurt we bet you’d be glad to have it. A yurt is a type of tent for the indigenous people of central Asia, but they’ve also found a new home in U.S. “campgrounds” for lazy “campers.” Yurts are super cozy and comfortable, and they’re a lot better than a dingy, walk-up apartment in Manhattan. Yeah, you wish you had a yurt. If you walked into a yurt, we bet you’d say, “Yowza!”

In many households with teens, “yeah” is the word that goes with anything and fits every conversation. Here’s one:

Someone enters a room: “Yeah?”

Poor yaks. A yak is pretty much just a Tibetan ox wandering on the mountainsides. To the rest of the world, to yak is to, well, you know … yak. To get sick.