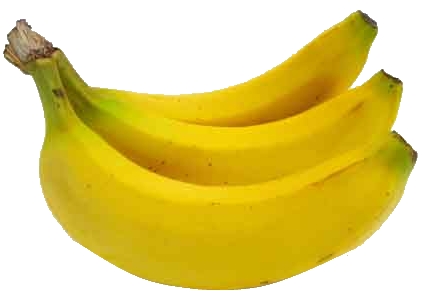 Banana. It’s a funny word. Ba-na-na. Maybe it’s all those soft “A” sounds, kind of babyish. In fact, babies love bananas because “banana” is one of the first foods they learn to say. Have you ever heard a baby request “asparagus with hollandaise” or “liver and onions” for a snack? Of course not, those food names are ridiculously hard for a baby to say. If you wave a bunch of bananas in front of a hungry baby and ask her what she wants to eat she will say “nana.” Try that with pickled herring. Seriously, try that. If your baby asks for pickled herring, call me (offer not valid in Scandinavia or the greater Minnesota area). 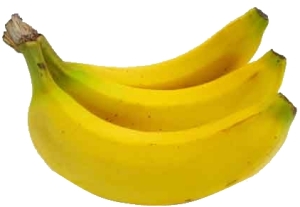 But even though it’s spelled similarly, don’t order the thing from the dessert menu in an authentic Italian restaurant that you think must be a ba-na-na – ananas. You will get a beautifully sliced hunk of fresh pineapple on a plate with a fork and maybe a sprig of mint. Delicious, but not funny. What’s funny is ordering a banana for dessert in an Italian restaurant to begin with. Who would do that? Tiramisu, heard of it? Anybody?

What do you call a banana that you talk into? A yellow microphone. Is this thing on?

Banana clips are funny too, but so is almost everything we wore in the eighties.

Of course the shape, of a banana is amusing in itself. Do you know how the banana got its shape? Story goes; bananas were once square and could fit neatly in your pocket. People removed the peel a strip at a time from top to bottom, eating the fragrant flesh something like a sandwich in a handy wrapper that kept their fingers (and their banana) clean. One day the great Lord Plantainia was rushing through the heavenly jungle, late for judging the annual coconut pie baking contest sponsored by the gods of the subtropical forest. He slipped on a discarded banana peel and fell flat on his face. His crown of woven vanilla pods flew into the jungle and he spent a full twenty minutes waiting for his servant to find it. By the time he arrived at the contest, all the pies were eaten and Lord Plantania cursed the square banana. Thinking it would shame the beloved fruit, he changed it into the form we know today. Unfortunately for Plantania the comical shape only made the fruit more popular and the term “Face Plantaina” was popularized. Also unfortunate – it would take many more centuries for the seriously convenient sandwich bag to be invented. That’s also why today we think of the plantain as the banana’s somewhat plain and humorless cousin.

Regardless of what hundreds of silent films and late night comedy sketches have taught us, the peel of a banana is no more slippery than that of an orange or tomato or even a wet leaf for that matter. However, there’s nothing funny about an orange (it refuses to rhyme with anything), tomatoes are what’s used to throw at people who are decidedly UNfunny and no one whose ever cleaned a gutter finds any humor in a wet leaf. No one.

As to its current shape; a bunch of bananas are called a hand so a single fruit is known as a finger, but we all know it looks like something else. If we really thought bananas looked like fingers then it would be hilarious to see a pretty woman on TV slowly peel one and wrap her lips around its end. A woman eating a finger, hilarious! Is she a cannibal? Is it a commercial for fingernail polish remover – what? But a woman eating a… well, that’s kind of funny too if you think about it.

So besides its name and its shape and its dubious use as a prop in slapstick comedy, what’s so funny about a banana?

Monkeys love bananas and monkeys are just about the funniest little mammals on earth. Maybe it’s all the B vitamins in bananas or the C or even the potassium that makes monkeys so cute when they swing around the jungle smiling and stripping the peel from a banana with their little opposable thumbs. Humans go bananas for monkeys, especially the babies. Monkey want a nana?

Fun Things You Can Only Do When You’re A Twin