Home Nonsense Funny Articles Where Do Bananas Come From? 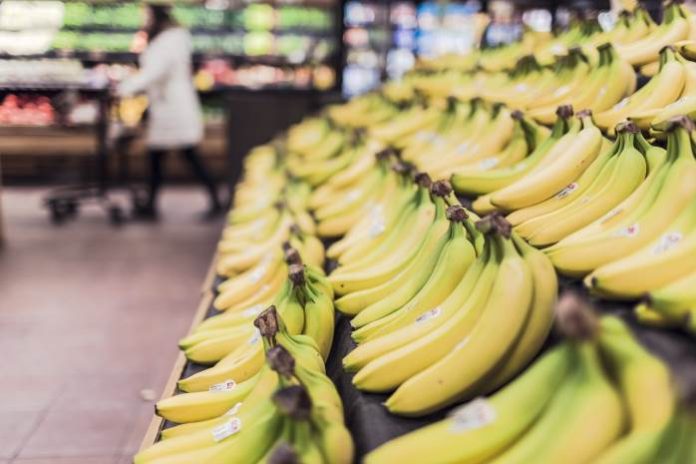 Bananas, bananas, bananas. Not only are they a delightful, tasty, nutritious fruit, this long, thickish, phallic fruit has quite a story to tell. In the United States, its story begins in the late 1800s, while in other parts of the world, the banana’s history goes back a lot further.

The banana is a tropical fruit that thrives in countries that are close to the equator. In the United States, you’ll find them in Hawaii, but most commercial operations are in the Caribbean, throughout parts of Latin America, and in tropical areas in Africa, Asia and the South Pacific. Chiquita Banana is one of the most well-known brands, and their farms are concentrated in Central American countries.

A Bit Of History

The familiar blue Chiquita label with the fruit-laden lady is a familiar sight in most grocery stores in the United States. The Chiquita Banana brand made its debut in 1944 with a catchy jingle that made people want to do impromptu sambas. Long before that, in 1876, Americans were introduced to the fruit at the Philadelphia Centennial Exhibition. Wrapped in foil, each banana sold for a dime. The Caribbean import soon caught on. Worldwide, the earliest recorded evidence of bananas goes back to 8,000 B.C. Archaeologists found evidence that New Guinea was the birthplace of domesticated bananas.

Bananas do not grow on trees. Instead they grow on the largest plant on Earth that doesn’t have a woody stem. One banana is called a finger, while a cluster is called a hand. A bunch of bananas is made up of many hands and is cut green because the fruit ripens better off the plant. After producing one or maybe two bunches of bananas, the plant dies. Individual runners, called rhizomes, spread out and grow new plants. The cycle begins again.

Whether it was because of the banana’s provocative shape or because the guys were somewhat jealous, bananas were sometimes off-limits to women. One example is ancient Hawaii and some other parts of Polynesia. In Hawaii, bananas were only eaten by the Ali’i, or Hawaiian royalty, and then only by the men. To everyone else, they were taboo.

If you’ve ever gone out on a fishing charter, chances are you’ve been told not to bring any bananas on board. They are considered bad luck. Various theories exist as to the origin of this superstition. One dates back to the early days when ships carried a good bit of their cargo on deck, making the ships top-heavy. If a ship sunk in a storm, often only the bananas would float. They became the instant bad guys.

Crew members often slipped on banana peels. Again, it was the bananas’ fault. Bananas also take longer to spoil than other fruits. Evil spirits obviously had something to do with it. Fishermen also thought the banana oil, which rubbed off on their hands, spooked the fish. The much maligned sea-going banana could never quite catch a break.

Which Is Better: Skim, 1 Percent, 2 Percent Or Whole Milk?

How Did You And Your Best Friend Meet?